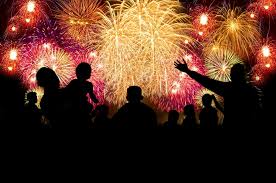 This particular decision is upheld by the High Court of Telangana Andhra Pradesh through the division bench of CHIEF JUSTICE RAGHAVENDRA SINGH CHAUHAN AND JUSTICE VIJAYSEN REDDY in the case of P. Indra Prakash v. State of Telangana (W.P (PIL) No.271 of 2020).

The instant petition was filed to seek an order in the nature of Mandamus duly declaring the action of the respondents in not enforcing the ban of sale and use of crackers during November 10 to 30 for Diwali Festival across the State of Telangana as been done in other States in light of the COVID-19 Pandemic. Petitioner sought the relief that the Government should be directed to ban the sale and use of firecrackers by the people during Diwali festival.

It was further added that, according to the medical literature, the Corona Virus adversely affects the lungs of the patients, besides adversely affecting the other organ system of the body. Due to the lungs infection, patients have been facing extremely difficult to breathe normally and to survive. Since the winter season is setting in, the pollution created by the fireworks tends to hang in the air, thereby jeopardizing the lives of many and, especially, of the patients who are suffering from Corona Virus.

Advocate General, B.S. Prasad submitted that so far the Government has not taken any policy decision for banning the use of firecrackers during the Diwali festival. Government merely hopes that people will continue to observe the safety precautions for COVID-19.

Bench further stated that, “Much as the festivals may be important and may serve social purpose, nonetheless, the lives of the people are the most important.”

Bench also directed the State to immediately clampdown and close the shops which are selling fireworks, State is also directed to issue an appeal to people, both through print, press and electronic media to refrain from bursting firecrackers in order to prevent the deterioration in the air quality.