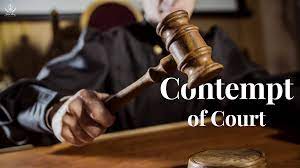 This particular decision is upheld by the High Court of Andhra Pradesh through the learned bench led by HONOURABLE MRS. JUSTICE LALITHA KANNEGANTI in the case of Jangala Sambasiva Rao v. State of A.P.(CRLP No. 4854 of 2020).

The instant criminal petition was filed to quash the FIR wherein the petitioner was accused 1 was alleged to have committed the offences punishable under Sections 120-B, 153-A, 505(2) of Penal Code, 1860.

Respondent 2 who is the Social Media Coordinator of MLA of Mangalagiri Constituency lodged a complaint alleging that the petitioner who belonged to Telugu Desam Party and Admin of Neti Andhra.com posted certain material on the website by promoting enmity, hatred and ill-will between different groups on the ground of political propaganda with a conspiracy by using the name of Alla Ramkrishna Reddy, MLA of Mangalagiri Assembly Constituency and Advisor to Government Ajay Kallam and requested to take action against the petitioner.In light of the above complaint, the present crime was registered.

Petitioners Counsel submitted that the investigation was politically motivated and has been conducted with a pre-determined and pre-meditated objective to arm-twist, harass and humiliate the petitioner by depriving of his right to free speech and expression. The said crime was registered without issuing any notice under Section 41-A CrPC, since all the offences were punishable below 7 years and remanded to judicial custody.Counsel further added that the act of the police in arresting the accused is in clear violation of the guidelines issued by the Supreme Court in Arnesh Kumar v. State of Bihar.

This Court and Supreme Court in catena of cases held that in order to constitute the ingredients of Section 153-A of IPC, it is necessary that at least two such groups or communities should be involved. Merely enticing the feelings of one community or group without any reference to any other group cannot attract the offence under Section 153-A IPC. In the instant case, there were no two groups involved as per Section 153-A IPC. The Advisor to the Government and the MLA group cannot be construed as two groups.

The counsel for the petitioner submitted that in light of the law laid down by Supreme Court in State of Haryana v. Bhajan Lal, that allegations in the complaint prima facie do not constitute the offences punishable under Section 505(2), 153A and 120B of IPC. Supreme Court in Arnesh Kumar’s case observed that arrest brings humiliation, curtails freedom and cast scars forever. Lawmakers as well as the police must know about this. The need for caution in exercising the drastic power of arrest has been emphasized time and again. High Court observed that, in light of the law laid down in Arnesh Kumar’s case, even though the punishment for the offence is below 7 years, the discretion is with the police officer either to arrest the accused or to issue notice contemplated under Section 41-A CrPC.

Further, the Bench noted that, while authorising the detention the magistrate shall record reasons and failure to comply with the directions shall apart from rendering the police officer concerned for departmental action, he shall also be liable for Contempt of Court to be instituted before the High Court.

In spite of the clear guidelines by the Supreme court, some of the police officials continue to make indiscriminate arrests, immediately after registering the complaint without proper investigation. Prima Facie, the Court opined that the reasons stated in the remand report were not in consonance with the guidelines issued by the Supreme Court, therefore Bench invited a report along with the record from the magistrate on what basis Section 41A of CrPC was dispensed with and the accused was remanded.

All the further proceedings shall stay in view of the above discussion.