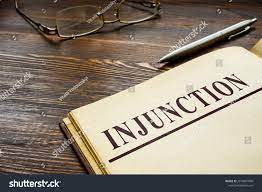 This particular decision is upheld by the High Court of Andhra Pradesh through the learned bench led by HONOURABLE MR. JUSTICE R. RAGHUNANDAN RAO in the case of Gaurav Polymers v. Delight Chemicals (P) Ltd. (C.M.A. No. 209 of 2019).

Plaintiff had been carrying on the business of manufacture of white lime wash and distributing and selling the same under the flagship brand name Surya and the device mark of “Rising Sun”.

Plaintiff had been using the mark “Surya” in collocation with various other words and in a combination with the device “Rising Sun with seven rays”.

Unique, uncommon and distinctive features of the trademarks “SURYA” and logo “SUN” are an inventive combination. Plaintiff submitted that under the common law and as a result of extensive prior usage since 1985, vested rights in the Trademark “SUN” as a logo and “SURYA” as a word and to protect the same have already filed Trademark Applications and the same is pending. Plantiff’s case was that the plaintiff’s mark came to obtain recognition among the general public relating to the standard and quality of the products of the plaintiff and is recognized all over the country. Hence, plaintiff claimed that its mark “Surya” which is recognized all over the country would be treated as a well known mark defined under Section 2 (zg) of the Trademarks Act, 1999.

Bench reviewed the law relating to Trade Marks. While reviewing the same, Court stated that the Act regulates the recognition of trade marks, their registration and protection. The primary purpose of the a trade mark is to indicate the source of the goods/services that are sold in the market. Whenever and wherever if there is an attempt to deceive buyers about the source of goods/services with usage of an identical or similar Trade Mark the law would assist the proprietor of the trade mark to protect his identity as the only supplier of the said goods/services. Bench added to its analysis that there could be a case of infringement where there is similarity in the trade mark or where trademarks are identical, leading to confusion in the mind of the buyer that the goods being purchased by him under the offending trade mark are the goods being produced or sold by the proprietor of the original trade mark.

Test of the likelihood of confusion or deception arising from similarity of marks is the same both in infringement and passing of actions. In regard to the instant case, Bench noted that an action for infringement and passing off, both have been sought. For passing off action, plaintiff failed to produce any evidence of the quantum and length of sales, reputation or goodwill built, therefore no action for passing off can be looked into. For the said action, plaintiff has to demonstrate that his trademark is registered and the defendant’s trademark is similar enough to the plaintiff’s trademark which would in result create confusion in the minds of the buyers.

In the present case, the trademark of the plaintiff is registered, both the parties are selling goods which are falling in the same category. Court stated that the plaintiff has claimed that he has a trade mark in the name “Surya”, which is a generic word which connotes “Sun”. In the above-stated circumstances, plaintiff/respondent cannot contend that he has a trademark on the name “Surya”. In the present case, however, the plaintiff submitted that the mark is “Surya” written in a specific style with a specific foreground and background. Even though, there cannot be a trade mark in the name “Surya” there could always be a trade mark in a particular stylistic way of using the word “Surya”. Since the trademarks exhibited by plaintiff had been the words “Surya Cem or Surya Agrilline” etc., the trademark would have to be construed as a collocation of both the words Surya and Cem or Surya Lime or mortar etc.

Perusal for the above discussion would depict that the trade mark of the defendant would show that there are differences in the manner in which the word “Surya” is depicted. Hence, it can’t be said that the trademarks of the plaintiff and the defendant are identical or totally similar.

Supreme Court’s decision in Ruston & Hornsby Ltd. v. Zamindara Engineering Company,  it was held that in any action for infringement where the defendant’s trade mark is not the exact mark on the register but something similar to it, the test of infringement is the same as in an action for passing off. Bench added to its observations that in the instant case, there is a possibility of a buyer going to the shop and asking for Surya cem and get confused by the mark of the defendant and accept the product of the defendant as it would be sold as Surya Blue or Surya ujala. In light of the Delhi High Court decision of Surya Agro Oils Ltd. v. Surya Coconut Oil Industries, it will be held that there is every likelihood that buyers would tend to get confused and plaintiff would be entitled to an injunction as granted by trial court.

In view of the above, CMA was dismissed.