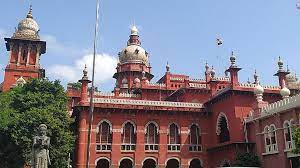 The writ petition against the respondent police officer was dismissed by the High Court of Madras through the learned bench led by HONOURABLE MR. JUSTICE S.M. SUBRAMANIAM in the case of Amutha v. Additional Principal Secretary & Ors. (Writ Petition (Madurai) No.5483 of 2022)

JUDGEMENT: Considering the facts and circumstances, the Court was of the opinion that the statements made by the petitioner seemed not genuine as the exact representation itself was submitted after a lapse of thirteen days from the alleged occurrence. The Court noted that there was a growing trend of filing writ petitions in the High Court against the public officials where the writ petitions were filed for a direction to take departmental action against the Police officials only to demoralize them or escape from the clutches of criminal law. The Court opined that such writ petitions are to be rejected in limine if the facts were doubtful doubt, in certain circumstances, the Police Authorities do commit excessive exercise of power. However, such excessive exercise of the power of the Public Authorities was to be substantiated and established. Without such proof, no direction can be issued to take departmental action against the Police Officials while performing their lawful duties by following the procedures as contemplated under law. The sixth respondent – the Inspector of Police, had been impleaded as a party respondent in the writ petition in her personal capacity, which clearly showed that the petitioner had taken personal vengeance against the sixth respondent without any valid reason and made an attempt to demoralize her from performing lawful duties in the Police Station. Considering the above facts and circumstances, the relief as such sought in the writ petition could not be granted, and the writ petition was dismissed with the cost of Rs.25,000/- payable by the petitioner to the sixth respondent – Inspector of Police, Abiramam Police Station, Ramanathapuram District, who in turn was directed to utilize the said cost amount for providing basic amenities in the Police Station, which would be helpful to the general public. The cost amount was directed to be paid by the petitioner within two weeks of receiving a copy of the order.