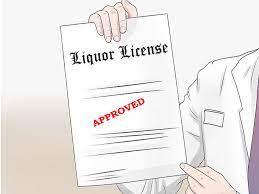 The petition to cancel the order restoring the liquor license was dismissed by the High Court of Delhi through the learned bench led by HONOURABLE MR. JUSTICE YASHWANT VARMA in the case of Deputy Commissioner Excise v. M/S 2 Bandits Restaurant (Civil Writ Jurisdiction Case No. 8687 of 2022)

FACTS OF THE CASE: Brief facts of the case are as follows; The Department of Excise has filed a petition to overturn an order issued by the Financial Commissioner. The disputed ruling reinstated the M/S 2 Bandit Restaurant’s excise licence, overturning another order on January 18, 2018, that had terminated it. The learned counsel for the petitioner Department said that Section 16 of the Delhi Excise Act, 2009 gives the competent authority broad discretion to revoke a licence issued for any cause.

JUDGEMENT: After reviewing the submissions of both the sides, the Court declared that unless the licence of the liquor vend is shown to fall foul of any statutory provision or otherwise established to violate any rule or regulation, the same cannot possibly merit cancellation simply because ‘public sentiment’ may be opposed to its location. In response to the petitioner’s arguments, the Court stated that it could not accept the submission since the Department, as a public authority, was unquestionably required to operate fairly and consistently. According to the Court, the words ‘for any reason whatsoever’ cannot be understood as authorising the respondent to cancel a licence for reasons not listed in the Act. The provisions of Section 16 cannot be interpreted as giving the Department of Excise carte blanche to revoke a lawfully issued licence under the Act and Rules enacted thereunder based on a reason that may not be legally viable or not anticipated by the Act.

The Court also noted that the Financial Commissioner had underlined that the sole premise on which the licence was sought to be terminated was that of ‘public sentiment’ and an ‘apprehension of law and order. The Court stated that “It is important to highlight that the issue of licence under the Act and Rules created thereunder is not susceptible to ‘public sentiment.’” Conclusively, the Court observed, “The apprehension of a law-and-order situation is clearly a different issue altogether, which must be looked into by the concerned police authorities. Unless the license of the liquor vend is shown to fall foul of any statutory provision or otherwise established to violate any rule or regulation, the same cannot possibly merit cancellation merely because “public sentiment” may be opposed to its location. Public opinion or sentiment cannot be a factor relevant or germane under the Act for locating a liquor vend. While the Court is aware that the principles of res extra commercium apply to trade in liquor, that would not justify the cancellation of a license validly granted and which is not established to violate the law,” added the Court.Accordingly, the petition was dismissed.