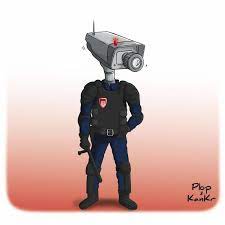 This particular decision is upheld by the High Court of Telangana through the learned bench led by HONOURABLE MR. JUSTICE P. NAVEEN RAO in the case of M. Laxman v. State of Telangana (WRIT PETITION NO.18364 OF 2020).

Kasula Nandam is said to be the protected tenant and in possession of land to an extent, Acs.6.32 guntas in Sy. No. 170 of Kapra village, having obtained occupancy rights certificate in the year 1979. The petitioner who used to run a cloth shop was appointed as the General Power of Attorney holder to look after the above-stated property. Further, he stated that there are several bogus claimants over the said land. Petitioner added that several false claims on the land were made by lodging complaints against the petitioner over a period of time.

On the ground of registration of crimes, and pending trial before the Criminal Courts, rowdy sheet is opened and in the guise of the opening of the rowdy sheet, respondent-Police are keeping close surveillance on the movements of the petitioner, affecting his right, liberty and privacy. Respondent-Police alleged that there is ample evidence alleging that the petitioner has been grabbing private and Government Lands by way of illegal means, that due to fear of the petitioner, no one is coming forward to lodge a complaint. Hence, in view of the public interest and to safeguard the residents of the area, where the petitioner is residing, and to curb his unlawful activities, the rowdy sheet is opened.

The court observes that, Opening of Rowdy Sheet and thereon keeping close surveillance on the person would certainly infringe upon the right to life, liberty and privacy of the individual concerned. A person is entitled to lead his life with dignity and self-respect and does not want an outsider to intrude in his private affairs and to probe into his movements. Thus, there are two competing interests in preventive measures. On the one side is right guaranteed by Article 21 of the Constitution of India, which is sacrosanct and on the other side is the primacy of enforcement of law and order, maintenance of peace and tranquillity, which is the primary responsibility of the State through its police force. Compelling public interest may require intrusion into the privacy of a person.

Bench further observed that the principles governing the opening of Rowdy Sheet vis-a-vis the right to life and liberty, it is necessary to consider whether by opening rowdy sheet against the petitioner, respondent police have violated the mandate of Article 21 of the Constitution of India and whether their decision is supported by reasons warranting requirement to open rowdy sheet. Crimes that the petitioner was involved in included Sections 447 IPC (criminal trespass); 427 IPC (Mischief); 506 IPC (criminal intimidation); 420 IPC (cheating and dishonestly inducing delivery of property); 468 IPC (forgery for purpose of cheating); 471 IPC (using as genuine a forged document); 452 IPC (House trespass after preparation for hurt, assault or wrongful restraint); 120-B IPC (criminal conspiracy) and 34 IPC (Act done by several persons in furtherance of common intention). The above-stated would show that the petitioner was in the habit of being involved in crimes, disturbing peace and tranquillity.

Hence, the Court held that, “When a citizen comes to the High Court alleging infringement of his right to life, liberty and privacy by opening a rowdy sheet, the Court can look into whether the decision of the police to have surveillance on the petitioner is justified and supported by the material on a record or it was initiated only to harass and humiliate the individual.

It is to be noted that mere involvement in a crime may not per se require surveillance on that person.”

Having regard to the crimes registered against the petitioner and that he was facing trial in five cases, it cannot be said that the Police action in opening rowdy sheet amounts to abuse or misuse of power and authority, and cannot be said as one made in the illegal exercise of power and without application of mind.

While dismissing the petition, Bench made it clear that while keeping surveillance, Police shall ensure that it is minimal, not obtrusive and not to impinge upon his privacy.