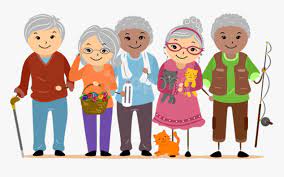 Petitioners sought decree in favour of them and against defendants 4 and 9 in light of the following reliefs:

Sale deed, dated 18-03-2002 executed by defendant 4 in favour of defendant 9 in relation to the schedule property does not bind the plaintiffs and defendants1 to 7 after the lifetime of defendant 4 as she is entitled to collect rents from it and live and for consequential relief of permanent injunction restraining the defendants 4 and 9 for disturbing the status quo by inducting defendant 9 into the scheduled house as the purchase of the same under above sale deed. For the partition of the plaint schedule house by passing a preliminary decree into six shares and allot two such shares to the plaintiffs. For past profits from the 9th defendant since 04-06-2003 in a sum of Rs 2000 per month x 14 = Rs 28,000 and from the 8th defendant at Rs 900 per month x 14 = Rs 12,600. For a direction for ascertainment of mesne profit on those portions from the date of suit till the date of realization from the defendants 8 to 9 respectively.

Bench stated that the request of the petitioners, who are the senior citizens, has to be considered positively and their hope towards this institution has to be proved to meet the ends of justice. The year 1999 was observed as “International Year of Older Persons”. In view of the “National Policy for Older Persons” adopted by the Government of India, the High Court of Andhra Pradesh at Hyderabad issued a Circular directing all the Judicial Officers in the State to identify and dispose of matters in which persons above “65 years” of age are involved, on a priority basis.

Bench observed that petitioners filed the suit in the year, 2002 and it was decreed in the year 2010 and the petitioners filed an interlocutory application on 07-02-2011 as per the docket proceedings of I.A.No. 565 of 2011. It was adjourned time to time and pending till date. As such, it is clear that the said interlocutory application is pending before the Court below for more than 9 years which is very unreasonable and contrary to the procedure contemplated under law. It is not sufficient to respect and honour the senior citizens in the late evening of their life by giving some concessions in bus, rail and Airfares and giving priority in allotting lower births in the trains and comfortable seats in buses.

The real respect and honour to the senior citizens is to render speedy justice to them for which they would have a legitimate expectation. Court cited the Supreme Court’s decision in Rajinder Singh v. Prem Mal, wherein it was held, “People in India are simply disgusted with this state of affairs, and are past loosing faith in the judiciary because of the inordinate delay in disposal of cases. We request the authorities concerned to do the needful in the matter urgently to ensure speedy disposal of cases if the people’s faith in the judiciary is to remain.”

In view of the above, Court directed the Additional District Judge to dispose of the matter s expeditiously as possible.