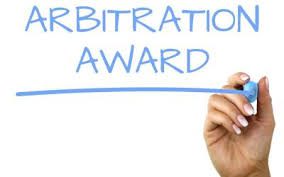 Orders passed in execution proceedings not amenable to writ jurisdiction under article 226 of the Indian Constitution was propounded by the High Court of Allahabad, learned bench led by HONOURABLE JUSTICE YOGENDRA KUMAR SRIVASTAVA in M/S. Magma Leasing Ltd. Vs Badri Vishal and Ors. (WRIT – C No. – 16753 of 2010).

Article 226 is enshrined under Part V Chapter V of the Constitution. It empowers the High Courts to issue certain writs. Article 226 gives discretionary power to the High courts to issue a direction, order, and writs including the writs in nature of habeas corpus, mandamus, prohibition, quo warranto, and certiorari.

The present petition filed u/a 226 of the Constitution of India principally seeks a writ of certiorari for quashing the order passed by the Special Judge arising out of Execution Case M/s Magma Leasing Limited Vs. Badri Vishal and others.

FACTS OF THE CASE: According to the case’s pleadings, the petitioner was awarded and an application under Section 36 of the Arbitration and Conciliation Act, 1996 was filed to enforce the judgment. The aforementioned application was dismissed by the Special Judge, SC/ST Act due to the applicant’s failure to appear. An application for restoration was filed, however, it was also denied since it was barred by limitation. During this time, the current writ petition was filed.

A question posed at the outset is whether an order issued by the executing court in the course of enforcing an arbitral decision is subject to a writ of certiorari under Article 226 of the Indian Constitution.

JUDGEMENT: Applying the legal principles to the facts of the case, an order issued by the executing court in proceedings for the enforcement of an arbitral award, being a judicial order issued by a civil court with plenary jurisdiction, would not be subject to a writ of certiorari under Article 226 of the Indian Constitution. The aforementioned legal position has not been questioned by learned Senior Counsel arguing for the petitioner.

As a result, the petition fails the test of being amenable to writ jurisdiction under Article 226 of the Indian Constitution.

Hence the court dismissed the petition.