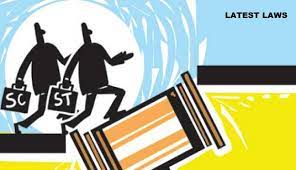 This particular decision is upheld by the High Court of Telangana through the learned bench led by HONOURABLE MR. JUSTICE P. NAVEEN RAO in the case of Sattarsetti Nirmala v. State of Telangana (WRIT PETITION No.141 of 2021).

First petitioner submitted that second petitioner is her daughter and her marriage was performed in the year 2017. After 4 months of their marriage, the husband of the second petitioner developed illegal intimacy with another woman who is stated to be the daughter of the sixth respondent and were living under one roof.

Based on the above complaint, a crime was registered under Sections 498-A and 497 IPC. Sixth respondent’s daughter gave an assurance in front of the police that she would not interfere in marital life of second petitioner and requested the petitioners to withdraw the case. Later, even after the settlement, the illegal relationship continued and this time, the respondent filed a complaint alleging that petitioners abused them in filthy language and on caste lines. Complaint under Section 34 IPC and Sections 3(1)(r)(s), 3 (2) (va) of the Scheduled Castes and the Scheduled Tribes (Prevention of Atrocities) Act, 1989.

Petitioners have now alleged that taking advantage of the registration of crime, sixth respondent and his daughter threatened the petitioners and were forcing the second petitioner to give divorce to her husband. Petitioners contended that the police has not been following the procedure and requires the Court to direct the fourth respondent to follow the Supreme Court decision in Arnesh Kumar v. State of Bihar.

On the issue of the scope of power of police to conduct an investigation, the arrest of accused, grant of bail, and the role of Constitutional Courts in such matters was extensively considered by the Hon’ble Supreme Court in State of Haryana v. Bhajan Lal.

Further, the Bench expressed that it is a settled principle of law that once a cognizable crime is reported, police have to register the crime and investigate into the crime. Such an investigation has to be taken up immediately, collect the evidence and then take steps to finalize the investigation and file the final report.

The scope of provisions of the Act, 1989 came up for consideration before the Supreme Court in Subhash Kashinath Mahajan v. State of Maharashtra. The Supreme Court held that merely because a crime is reported under the Act, 1989, it need not be registered automatically and to avoid false implication of an innocent person, a preliminary enquiry may be conducted by the Deputy Superintendent of Police concerned to find out whether allegations in the complaint made out a case to proceed under the Atrocities Act, and that the person need not be arrested.

“9. Concerning the provisions contained in Section 18-A, suffice it to observe that with respect to preliminary inquiry for registration of FIR, we have already recalled the general Directions 79.3 and 79.4 issued in Subhash Kashinath case [Subhash Kashinath Mahajan v. State of Maharashtra. A preliminary inquiry is permissible only in the circumstances as per the law laid down by a Constitution Bench of this Court in Lalita Kumari v. State of U.P. [Lalita Kumari v. State of U.P., shall hold good as explained in the order passed by this Court in the review petitions on 1-10-2019.

Therefore, in light of the above discussion, bench dismissed the petition.