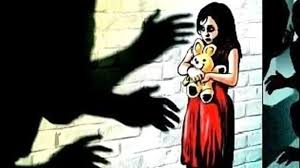 This particular decision is upheld by the High Court of Telangana through the learned bench led by the Division Bench of Justice A. Rajasheker Reddy and Justice Shameem Akhter in the case of Charakonda Chinna Chennaiah v. State of Telangana (Writ Petition No.18013 of 2020).

Petitioner filed the present petition on behalf of his son challenging the detention order passed by the Police Commissioner, respondent 3.

Further, it was submitted that the detenu had committed penetrative aggravated sexual assault on a minor, three times. Subsequently, detention order was passed. Hence the present petition.

The offences which are committed against a particular individual fall within the ambit of “law and order”. It is only when the public at large is adversely affected by the criminal activities of a person, is the conduct of a person said to disturb the “public order”.

Supreme Court in its decision of Ram Manohar Lohia v. State of Bihar, had deprecated the invoking of the preventive law in order to tackle a law and order problem.

Bench observed that in the present atter, the detenu was being prosecuted for committing a heinous offence of penetrative aggravated sexual assault on a girl aged 13 years. He was granted bail by the Court of Session on conditions. If the State was aggrieved with the bail of detenu, they should have approached the Higher Court to seek cancellation Bail, they instead passed the impugned detention order.

In Court’s opinion, the bald statement made, wherein it was stated that: considering the detenu’s involvement in heinous activities and his release from prison on bail, there is imminent possibility of his indulging in similar shameful and inhuman acts of sexual assault on minor girls and women exploiting their innocence in a deceptive manner which are detrimental to public order, would not justify the impugned detention order.

Bench noted that due to the acquaintance/friendship, the detenu took the victim girl to a secluded place where he committed sexual intercourse and thus fulfilled his sexual desire and on the next day morning,  he let off the victim girl. Therefore, it cannot be held that the detenu would indulge in similar prejudicial activities in future.

High Court in view of the facts and circumstances of the case expressed that grave as the offence may be, it relates to penetrative aggravated sexual assault on a minor girl. So, no inference of disturbance of public order could be drawn.

In view of the above discussion, present petition was allowed.