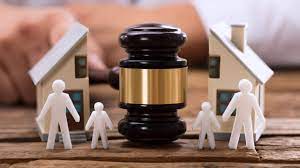 The High Court of Kerala, through learned judge, Justice Bechu Kurian Thomas while hearing a bail application  in the case Anoop v State of Kerala & Ors. (BAIL APPL. NO. 3273 OF 2022) reiterated that POCSO Act does not distinguish between rape and consensual sex.

BRIEF FACTS OF THE CASE: While adjudicating a bail application, the Court remarked on the alarming rise of sexual offences commited by school children. Young children engage in sexual acts unmindful of the consequences under law.  Provisions of IPC and the POCSO Act envisage harsh consequences for such acts.

ORDER: The order stipulated that the statute does not distinguish between rape and the sexual interactions arising out of pure affection and biological changes. The court remarked that “ statutes do not contemplate the biological inquisitiveness of adolescence and treat all ‘intrusions’ on bodily autonomy, whether by consent or otherwise, as rape for certain age group of victims”. In most cases, by the time the teenagers realise the consequences, it is usually late. Most children are unaware of the statutory scope and meaning of sexual assault, aggravated sexual assault and penetrative sexual assault. The court emphasised on the necessity for prevention of such instances through creation of consciousness and awareness of such provisions from the schools itself. The court held that the educational machinery of the State had failed in imparting the required awareness to the young children about the heinous crimes and its consequences. The Court in exercise of the powers under Article 226 of the Constitution of India, suo moto added the State of Kerala represented by the Secretary Department of Education (Thiruvananthapuram), Central Board of Secondary Education(New Delhi) and Kerala State Legal Services Authority as additional respondents to the bail application and directed to issue directions for better awareness on the statutes concerned in schools in Kerala.