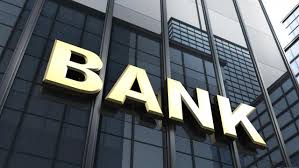 This particular decision is upheld by the High Court of Telangana  through the learned bench led by the Division Bench of JUSTICE A. RAJASHEKER REDDY AND JUSTICE T. VINOD KUMAR in the case of K V V Prasad Rao Gupta v. SBI (W.P.NO.27831 OF 2019).

Petitioners are the guarantors. Respondent defaulted in payment of loan instalments and hence the loan account was declared as NPA due to which the recovery proceedings initiated under the Securitisation and Reconstruction of Financial Assets and Enforcement of Security Interest Act, 2002. (SARFAESI Act).

Petitioners submitted that the bank did not follow the procedure prescribed under sub-rules 1 and 2 of Rule 8 of the Security Interest (Enforcement) Rules, 2002. Further, during the course of recovery proceedings, respondent 1 – Bank issued a sale notice dated under Rule 8(6) of the Rules of 2002. The said notice has been challenged by the petitioners by the present petition.

Petitioner’s main grievance was that they were not served with sale notice under Rule 8(6) of the Rules of 2002, and the period of 30 days under the said provision was not given to them to exercise the right of redemption under Section 13(8) of the SARFAESI Act, and there was also no separate gap of 30 days between the sale notice, and the publication of sale notice, as envisaged under Rule 9(1) of the Rules of 2002, hence the sale notice was illegal and arbitrary to the law laid down in the Supreme Court decision of Mathew Varghese v. M. Amritha.

Bench on perusal of Rule 8(6) of Security Interest (Enforcement) Rules, 2002 noted that:

the authorized officer of the Bank shall serve on the borrower a notice of 30 days for sale of immovable property and that if the sale of such secured assets is by way of public auction, the Bank / secured creditor, shall cause publication of such notice in two leading newspapers, one in vernacular, language having sufficient circulation in the locality by setting the out the terms of sale, mentioned in the said provision; and under sub-rule (1) of Rule 9, such sale of immovable of property under these Rules shall not take place before the expiry of thirty days from the date on which the public notice of sale is published in newspapers as referred to in the proviso to sub-rule (6), or notice of sale has been served to the borrower.

Under Section 13(8) of SARFAESI Act, If the amounts due by secured creditor is paid by the borrower before the date of publication of notice for public auction, the secured asset shall be sold or transferred by the modes mentioned in the said provision.

Hence, petitioners are entitled to a 30 day notice period enabling them to clear the loan and redeem the property as envisaged under Section 13(8) of the SARFAESI Act and if they fail to repay the amount within a stipulated period, the secured creditor is entitled to issue publication of sale notice under Rule 9(1), and that on publication of such notice, the right of the borrower to redeem the property stands extinguished.

Adding to the above, Court also observed that since the respondent – Bank sent notices to the correct addresses of the petitioners as mentioned in the loan agreement, it has to be presumed to have been served, unless the petitioners prove that they were not really served and that they were not responsible for such non-service. In view of the facts and circumstances, and the law laid down by the Supreme Court in T.N. Parameswaran Unni v. G. Kannan,  Court held that there was clear compliance with Rule 8(6) of the Rules of 2002.

Petitioners camouflaged the grievance by merely stating that they were not served with sale notice under Rule 8(6) of the Rules of 2002 and that they were not provided with 30 days time fixed under the said provision to clear the loan and to redeem the property, to give an impression to this Court, the action of the respondent –bank being in violation of principles of natural justice. Thus there was clear suppression of material facts with regard to filing of securitization applications.

In Court’s opinion, Bank did follow the procedure as envisaged under provisions of SARFAESI Act and the Rules of 2002 and further, the petitioners suppressed the material facts with regard to filing of securitization applications before the Debts Recovery Tribunal and the facts and circumstances manifestly disclosed that they were resorting to dilatory and subterfuge tactics, to see that the recovery proceedings initiated by the Bank, were defeated in view of the Supreme Court decision in KD. Sharma v. SAIL.

Hence, in view of the above discussion, the petition was dismissed.