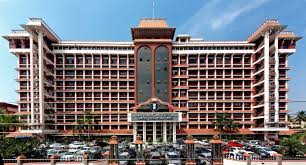 The High Court of Kerala, through learned judges, Justice Devan Ramachandran & Justice Justice Sophy, in the case Thampi VS v State of Kerala WP(C) NO. 15428 OF 2022  dismissed a Public Interest Litigation (PIL) that alleged forced vaccination of minors.

BRIEF FACTS OF THE CASE: The petitioner filed a writ petition before the High Court with an allegation that the respondents were attempting or devising to vaccinate every child in Kerala, irrespective of whether their parents consented or not. The petitioner claimed that school-going children were forcibly vaccinated against COVID-19 as the Ernakulam District Collector had decided to conduct vaccination camps in schools.

JUDGEMENT:  The court held that there was nothing in the writ petition or in the pleadings therein, to indicate why the petitioner was persuaded to an impression that the Authorities are likely to use force for the purpose of paediatric vaccination. The court remarked that not a single specific incident or instance was impelled by the petitioner and that the petitioner  appeared to be acting on some information which he had obtained through social media. The court relied on the submission of the learned Senior Government Pleader that the intention of the Government Authoritieswas only to hortatively call upon every parent to have their wards vaccinated before the schools reopen after summer recess and that no guidelines have been issued for “forcible inoculations” to be carried on. The Hon’ble Court  recognised that it is beyond the scope of review of the court to second guess expert opinion behind the vaccination policy. The court dismissed the petition noting that  no parent had approached the Court  complaining of any action by the authorities to vaccinate their child forcibly.