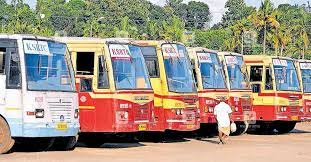 The High Court of Kerala, through learned judge, Justice Devan Ramachandran, sought Corporation’s Response for non-payment of salary to KSRTC Employees while hearing writ petition, R. Baji & Ors. v. KSRTC & Ors. W.P(C)No.15353 of 2022. In response to the same, a counter-affidavit has been submitted by KSRTC.

BRIEF FACTS OF THE CASE: Employees of the Kerala State Road Transport Corporation (KSRTC) had filed a writ petition alleging that they were not paid salary on time, and at times, the salary was due even after several days. The plea also alleged that the officers and supervisory personnel of KSRTC were paid their salary on time and that KSRTC first services their loans with the available income, thus relegating the payment of the wages to other employees. The Court observed that only after hearing the response of KSRTC, it would pass such orders as necessary for ensuring that the issue is resolved,  if it so becomes warranted. A counter affidavit was submitted by the Kerala State Road Transport Corporation (KSRTC) before the Kerala High Court asserting that it has been contemplating new measures to increase its productivity and thereby generate more revenue,

FINDINGS OF THE COURT: KSRTC submitted that at present it was not feasible to formulate any scheme for prompt payment of salary on the first week of every month due to scarcity of funds. This was due to the undergoing acute financial crisis. The affidavit stated that the drivers and conductors were given first priority in disbursing salary  and the Higher Division Officers were given the last priority. This was in clarification to the contention that was put forward by the petitioners. KSRTC also stated that  the unauthorised absence of its employees, led to the untimely operation and cancellation of services, which thereby affected the revenue generation.

The counter also listed several measures being implemented to improve human resources and productivity while adding that better route and revenue analysis were properly being done. KSRTC aims to secure more faith in the public transport system since the turnover is expected to improve within one or two years. KSRTC submitted that this would redress the grievances of the employees regarding their salary and benefits. On these grounds, KSRTC argued that the petition may be dismissed with cost.