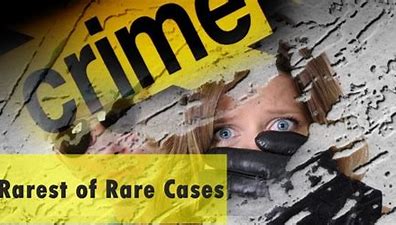 Rarest of rare case: The Supreme Court propounded the ‘rarest of rare‘ doctrine in the landmark Bachan Singh case. The doctrine simply states that the death penalty is an absolute, unique exception, and cannot be the rule (as compared to what was at one point the legal position in cases punishable with the death penalty).

These two connected capital appeals arise from the judgement of Sessions Judge convicting and sentencing the two appellants Saleem and Shabnam to death sentence under section 302/34 I.P.C.

FACTS OF THE CASE: An FIR was lodged by Lateef Ullah (neighbor) of appellant Shabnam and the deceased at the Police Station. FIR alleged that in the night, the informant had heard the cries of Shabnam “Bachao-Bachao Maare-Maare”. He rushed to the house of the deceased Shaukat and found Shabnam lying in an unconscious condition and found the corpse of Shaukat in the verandah with his neck cut. In the eastern room, Rashid was lying dead on a cot. In the South-West room, Shaukat’s son Anees and his daughter-in-law Anjum were seen lying on the cot with fatal injuries on their necks, and their ten-month-old child was also lying dead on the same cot. In the northeastern room, Hashmi the wife of Master Shaukat, and Master Shaukat’s niece were also lying dead with injuries on their necks. Blood was spread all over.

On his alarm, the villagers gathered and he proceeded to the police station for lodging the FIR.

One final question which remains is whether this Court ought to accept the death reference and confirm the sentence of death awarded to the two appellants or would it be proper to substitute the same with a sentence of imprisonment for life.

JUDGEMENT: The hon’ble court dismissed the appeals and accepted the reference of sec 366 CrPC stating that we believe that the ‘special reasons’ required by sections 354(3) and 235(2) CrPC exist for treating this case as one of the ‘rarest of rare’ cases in which the normal sentence of life imprisonment would be grossly inadequate, and that option is unquestionably foreclosed on the facts of this case, and the only appropriate course would be to confirm the death sentence awarded by the trial judge. As a result, we affirm the conviction and the sentence imposed by the trial court.