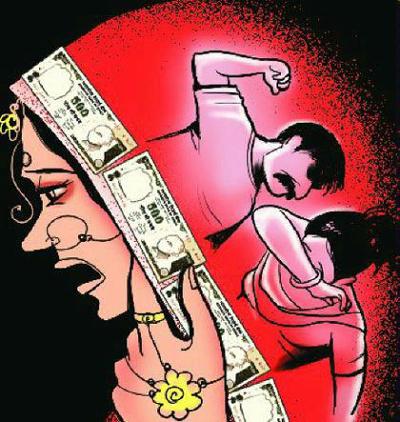 Facts of the case: Application under Section 482 of CrPC had been filed for quashing of FIR registered at Police Station for offense under Sections 498-A, 294, 506, 34 of IPC and Section 4 of Dowry Prohibition Act. Respondent No. 2 lodged an FIR on that on 09.03.2019 she got married to Pawan Nigam in accordance with Hindu rites and rituals. Her parents had given sufficient dowry as per the demand made by in-laws including an amount of Rs.5,51,000/-. When she came to her matrimonial house, then she was kept properly by her in-laws for few days, but thereafter her husband Pawan Nigam, father-in-law Balram Nigam, mother-in-law Ramshri Bai and sister-in-law Kamlesh started harassing and treating her with cruelty on the ground that her father has given less dowry and, therefore, if she wants to reside in her matrimonial house peacefully, then she should bring additional amount of Rs.4,00,000/- from her father. When respondent No. 2 replied that her father has already spent more than his financial capacity and now he has nothing to give anything more in dowry, then all the four persons started beating her and harassing her physically and mentally. Initially, she was bearing all the atrocities under the hope and belief that with the passage of time, situation would improve and her matrimonial life would be saved, but taking advantage of this weakness, atrocities of the applicants continued. When she informed her harassment to her parents, then her father came to her matrimonial house and tried to convince them, but they stuck to their demand and after beating her, she was ousted from her matrimonial house and also threatened her father that unless and until an amount of Rs.4,00,000/- is given, she should not be sent back to her matrimonial house. Thereafter, she had come back to her parental home. Even reconciliation proceedings were taken up on 01.12.2019, but could not succeed. Accordingly, FIR was lodged.

Judgment: The court held that it was pertinent to note that the complaint was filed only when all efforts to return to the matrimonial home had failed and the respondent No.2- husband had filed a divorce petition under Section 13 of the Hindu Marriage Act, 1955. Filing of a divorce petition in a Civil Court cannot be a ground to quash criminal proceedings under Section 482 of the Code as it is well settled that criminal and civil proceedings are separate and independent and the pendency of a civil proceeding cannot bring to an end a criminal proceeding even if they arise out of the same set of facts.

A civil suit often drags on for years and it is undesirable that a criminal prosecution should wait till everybody concerned has forgotten all about the crime. The public interests demand that criminal justice should be swift and sure; that the guilty should be punished while the events are still fresh in the public mind and that the innocent should be absolved as early as is consistent with a fair and impartial trial. It is undesirable to let things slide till memories have grown too dim to trust

At that stage of the case, the High Court was of the opinion that it ought not to be scrutinizing the material in the manner in which the trial court would do in the course of the criminal trial after evidence is adduced. In doing so, the High Court would exceed the well-settled limits on the exercise of the jurisdiction under Section 482 of CrPC. Accordingly, the application was dismissed.