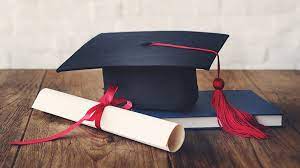 This particular decision is upheld by the High Court of Telangana through the learned Division Bench of JUSTICE SATISH CHANDRA SHARMA and JUSTICE B. VIJAYSEN REDDY in the case of St Anns College for Women v. State of Telangana (WRIT APPEAL No.747 OF 2019)

In the instant case the appellant is St Anns College of Women and the respondent is the State of Telangana. Appellant institution was undisputedly an educational institution, and the respondent 3/employee was appointed in the year 1985 as an attender and tendered resignation in 2009 and service dues were also settled. The basic question to be answered as to why this appeal filed is “Whether an educational institution is covered within the meaning and definition ‘establishment’ as defined under Section 2(10) of the Telangana Shops and Establishments Act, 1988?”It was stated that undisputedly, the institution in question was governed by the provisions of the Telangana Education Act, 1982 and the said Act provides for redressal of grievance of the nature involved in the present writ appeal.

Further, it was added that whether an educational institution falls within the meaning of ‘establishment’ or not, has been looked into by the Supreme Court in the case of Ruth Soren v. Managing Committee, (2001) 2 SCC 115. In the said case, a similar definition under the Bihar Shops and Establishments Act, 1953 was considered.

Therefore, order passed by the appellate authority was set aside.

Once this Court is of the view that this Court has arrived at a conclusion that the order passed by respondent 2 was without jurisdiction, this Court can certainly interfere with the same even though there is an alternative remedy of appeal before the Deputy Commissioner of labour.