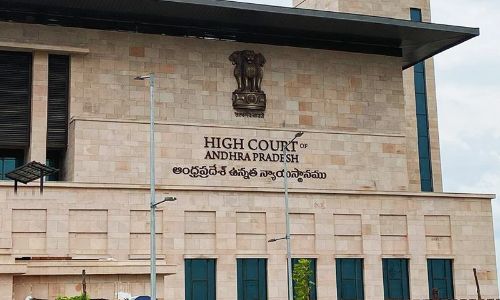 This particular decision is upheld by the High Court of Andhra Pradesh through the learned bench led by HONOURABLE MR. JUSTICE NINALA SURYA in the case of Byalla Devadas v. Sivapuram Rama Yogeswara Rao (Civil Revision Petition No. 67 of 2022).

The facts of the case are such that the respondent (plaintiff herein)filed the suit for recovery of a sum of Rs 1, 71,600/- with future interest and costs. The petitioner (defendant herein) filed written statement contending that the suit promissory note is a forged document and his signatures were forged. At the evidence stage, the petitioner filed an interim application under Section 45 of the Indian Evidence Act, 1872 to send a promissory note to the handwriting expert by receiving specimen writings in the four promissory notes which are annexed to the said application and to receive his specimen signatures in the open Court along with the vakalatnama and written statement for comparison. The respondent/plaintiff filed counter and opposed the said application. After considering the matter, the Trial Court dismissed the said application. Hence, the present Civil Revision Petition was filed.

The Court relied on judgment Bande Siva Shankara Srinivasa Prasad v. Ravi Surya Prakash Babu, 2015 SCC OnLine Hyd 467  wherein it was observed “No time limit could be fixed for filing applications under Section 45 of the Indian Evidence Act for sending the disputed signature or writings to the handwriting expert for comparison and opinion and same shall be left open to the discretion of the Court; for exercising such discretion when exigencies so demand, depending upon the facts and circumstances of each case”.

Thus the view of the Trial Court that he has not taken steps seeking to refer the suit promissory note for expert opinion before commencement of Trial or prior thereto, but, after closure of the evidence on the plaintiff’s side and as such the application is liable to be dismissed is not tenable in law.

“There is no point in sending to an expert the documents of doubtful nature and character and add one more piece of unreliable evidence and burden the record by wasting the time and money of the parties. When there are no signatures of comparable and assured standard on the material record before the trial Court, it is unsafe to obtain the signatures of the defendant in open Court and send the said signatures and also his vakalat and written statement to an expert for obtaining his opinion after comparison of the signatures thereon with the disputed signatures on the suit promissory note.”In light of the above discussion the Court held Civil Revision Petition fails and the same is liable to be dismissed.