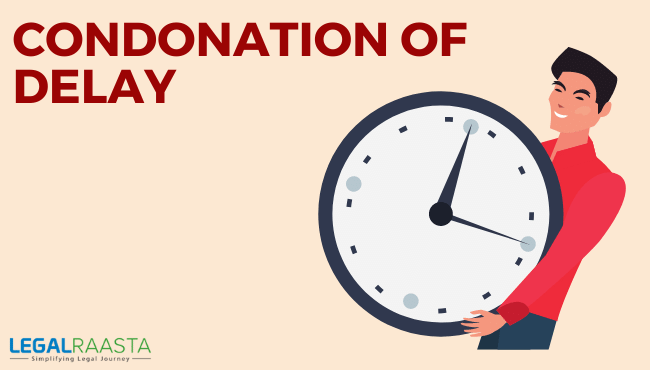 The doctrine of Condonation of Delay is an exception to the statute of Limitations Act,1963. According to this, if the aggrieved party can show “adequate reason” for causing a delay in filing a lawsuit that results in the limitation period expiring, the Court can overlook the delay or “condone the delay” and proceed with the case using discretionary jurisdiction.

Allahabad High Court in case Ashok Singh and 3 Others vs State of U.P. and 5 Others (WRIT – B No. 303 of 2022 Petitioner) learned bench led by HONOURABLE JUSTICE DR. YOGENDRA KUMAR SRIVASTAVA, opined about the Condonation of delay and stated that Court should normally condone the delay in absence of malafide tactics by liberally exercising the discretion of the court where the petition was filed by the party under the section of UP Zamindari Abolition and Land Reforms Act.

The current petition seeks to raise a challenge to the order issued by the Board of Revenue under Section 333 of the Uttar Pradesh Zamindari Abolition and Land Reforms Act.

COURT’S OBSERVATION: In this regard, this Court may restate the concept that procedural norms are the handmaids of justice, and that no party should be denied the right to participate in the administration of justice. The observations expressed in The State of Punjab and Others Vs. Shamlal Murari and Others would be appropriate.

JUDGEMENT: Given the foregoing facts and circumstances, and in the interest of justice, the impugned orders are set aside, and the issue is remanded to the Board of Revenue, Uttar Pradesh, at Allahabad, for the issuance of a new order after giving the parties involved due notice. The writ petition stands allowed in the manner as indicated above. The original records received from the Board of Revenue, U.P. at Allahabad, through the Standing Counsel appearing for the State respondents, shall be returned forthwith.