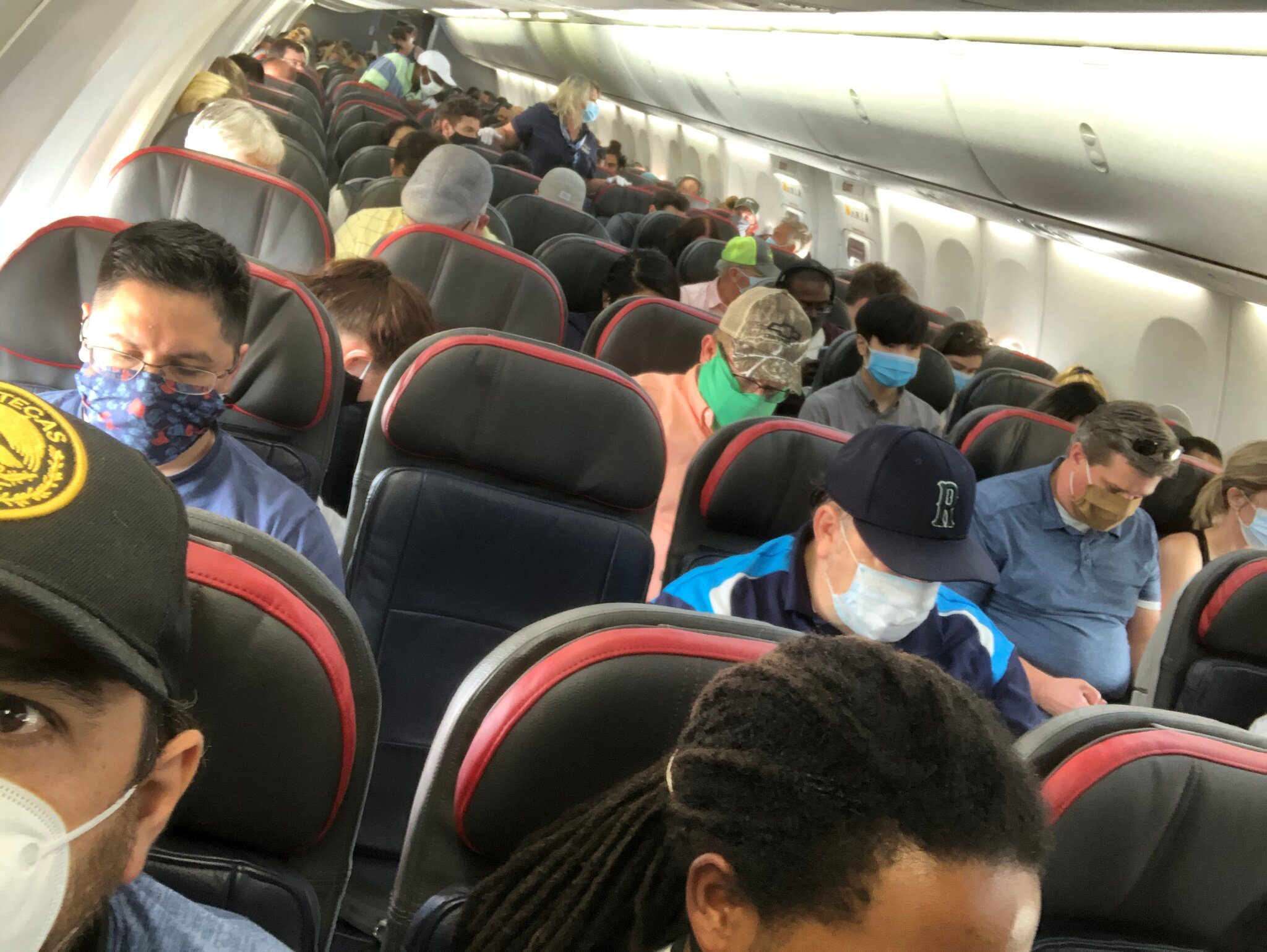 The need to ensure proper adherence to COVID protocol on domestic flights was upheld by the High Court of Delhi presided by HONOURABLE MR. JUSTICE C. HARI SHANKAR in the case of COURT ON ITS OWN MOTION  v. DIRECTORATE GENERAL OF CIVIL AVIATION & ORS. (Writ Petition (Civil) no: 3184 of 2021 )

FACTS OF THE CASE: Brief facts of the case are as follows; The suo moto writ petition is based on the observations made by Justice C. Hari Shankar during the Air India flight from Kolkata to New Delhi on 5th March 2021. It was noticed that, though all the passengers had worn masks, many had worn the masks below their chin and were exhibiting a stubborn reluctance to wear their masks properly. This behaviour was seen both in the bus transporting the passengers from the airport to the flight and within the flight itself. It was only on repeated entreaties being made by the judge to the offending passengers that they condescended to wear their masks properly. When the cabin crew were questioned in this regard, they stated that they had directed all the passengers to wear masks but were helpless if they did not comply.

Attempts were made, by the Court, to trace, from the internet, the latest guidelines of the Directorate General of Civil Aviation (DGCA) regarding the protocols to be followed by passengers undertaking domestic air travel. Unfortunately, the website of the Directorate General of Civil Aviation did not contain the latest guidelines issued concerning an in-flight protocol to be maintained by the passengers and the crew. The guidelines available on the website of the DGCA were outdated, with the new guidelines being relaxed in some respects and more stringent in others. According to a news item in the e-edition of the Times of India, the Directorate General of Civil Aviation (DGCA) has now asked airlines to put those passengers on the ‘no-fly list’ who violate the standard operating procedures (SOPs) or do not wear masks during a flight. This means one would no longer be allowed to fly if one does not wear masks or comply with the COVID related protocols.

JUDGEMENT: With regard to the outdated state of the DGCA website, the Court issued specific important guidelines for immediate compliance by all airlines as well as by the DGCA: The DGCA was directed to prominently, the instructions containing the guidelines and protocols to be followed by passengers and in-flight crew in domestic flights on its website. All airlines were directed to ensure that, along with the boarding pass, written instructions regarding the protocol to be followed by passengers in flight, including the measures that could be taken against them on failure to follow the protocols, were provided to the passengers along with due sensitisation on the subject. The in-flight crew would have to carry out periodical checks of the aircraft in order to ensure that all passengers are complying with the protocol to be followed by them in flight, especially regarding the wearing of masks. It was made clear that masks should be worn as directed by governmental instructions, covering the nose and mouth, and not merely covering the mouth or below the chin. Any violater of the guidelines would be offloaded without delay. Relaxation from the requirement of wearing masks was allowed in exceptional cases. Such relaxation, if necessary, would only be allowed in truly exceptional cases, such as for medical reasons, after a conscious assessment and evaluation of the necessity of the passenger to fly and the justifiability of the passenger’s refusal to wear the mask, weighed against the risk to public interest involved if the passenger is allowed to travel without a mask. In deserving cases – which should be the exception, not the rule – the airline should take steps to isolate the passenger to keep him at a safe distance from other passengers on the flight.