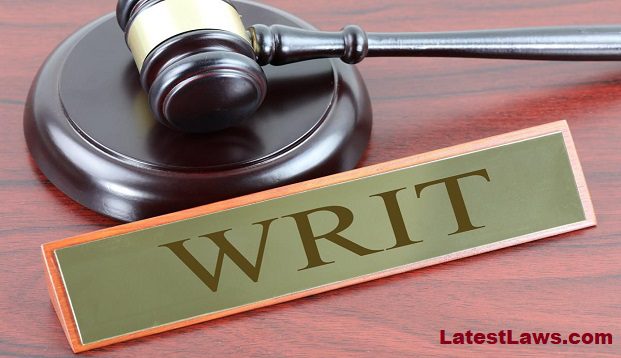 This particular decision is upheld by Andhra Pradesh High Court the through the learned bench led by a division bench of Chief Justice Prashant Kumar Mishra, and Justice M Satyanarayan Murthy in the case of VR Commodities Private Limited v. Norvic Shipping Asia Pvt. Limited (ICOMAA No.01 of 2022)

The brief facts of the case are that the petitioner (who is the respondent here) is a company, which has been incorporated under the Companies Act, 2013, which carries on shipping business which is known as Norvic Shipping Asia Pvt. Limited whereas the respondent (who is the appellant here) is also a company which is carrying on its business in the name of called VR Commodities Private Limited. The petitioner and respondent (i.e., the appellant and respondent) have entered into fixture note, Charter party and settlement agreement for transportation of coal from Muara Bunyuasi to Tuticorin then to New Mangalore, India. In the execution of this particular agreement, there has been a breach of agreement of Charterparty allegedly and the petitioner sustained loss due to default of certain terms. Under the charterparty agreement, which has been executed between them, which requires the parties to have arbitral proceedings in case any dispute arises between them. To make good for the amount possibly to recover from the respondent, the petitioner sought various interim reliefs under Section 9 of the Arbitration and Conciliation Act. The single Judge ordered ad-interim injunction on in favour of the petitioner against the respondent restraining the respondent, from directly or indirectly through its nominees, agents, associates, affiliates, representatives or employees, in any manner, acquiring, selling, encumbering, alienating, transferring, issuing delivery orders, getting possession or otherwise dealing with the cargo. Aggrieved by this, present appeal was preferred under Section 37 of the Arbitration and Conciliation Act.

The counsel for the appellant, Sri Mr Sanjay Suraneni submitted that since Charterparty is inadmissible in evidence and passing of order under Section 9 of the Arbitration and Conciliation Act based on arbitration clause in the substantive agreement, is a serious illegality. The charterparty between the petitioner and respondent is unstamped and when it is presented before the officer, who is authorised to receive the document in evidence, unless it is impounded collecting stamp duty.

The Court remarked that in the charter party, English law alone is applicable the seat of the arbitration is at Singapore, thus it adverted to few decisions under English law relating to separability of arbitration clause from original agreement and relied on judgments Fiona Trust & Holding Corp v. Privalov (2007) UKHL 40 and Sulamrica Cia Nacional de Seguros SA v. Enesa Engenharia SA (2012) WLR (D) 148 wherein it was observed that the only purpose of the doctrine of separability is to give legal effect to the parties’ intention of resolving disputes through arbitration and not to insulate the arbitration agreement from the substantive contract for all purposes.

A Singapore Court judgment named BNA v. BNB, (2019) SCGA 84 was relied on to observe that the root cause behind evolution of the doctrine of separability is the desire to give effect to the arbitration agreement even if the substantive contract is ineffective. Court refused to accept this as limitation of the doctrine following which it was held that it is legitimate to presume that the parties want the arbitration clause to survive. The only limitation the court stated was to only give ‘reasonable effect’ to this intention.

The Court placed relied on N.N. Global Mercantile Private Limited v. Indo Unique Flame Limited, (2021) 4 SCC 379 and observed that separability of arbitration agreement from substantive contract in which it is embedded is well settled law. Invalidity, ineffectiveness or termination of substantive commercial contract does not affect the validity of the arbitration agreement.

It was further noted that in view of the settled law laid down by the United Kingdom and separate clause contained in Singapore Arbitration Act, the clause relating to settlement of disputes by arbitration shall be an independent and autonomous clause. Though Charterparty is not stamped, still, in view of separability of arbitration clause, which does not require any stamp duty payable thereon either under the Indian Stamp Act or law relating to the State of Andhra Pradesh, the arbitration clause is independent clause

The Court thus held “we find no merits in the contention of the learned counsel for the appellant-respondent, hence the order under challenge cannot be interfered on the ground that the substantive agreement is not stamped.”