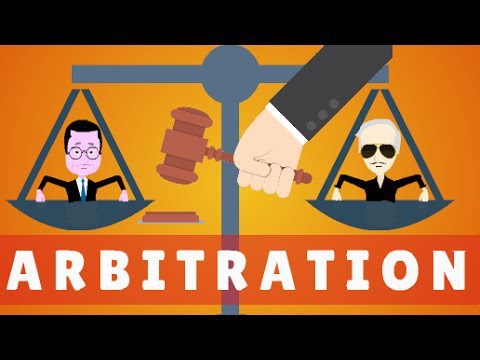 This particular decision is upheld by the Telangana High Court by a division bench of Justice P Naveen Rao and Justice M G Priyadarshini in the case of Veldanda Srilatha v. Gundumulla Anantha Reddy(CONTEMPT CASE NO.1034 OF 2021)

The appellant of the case is Smt. Veldanda Srilatha and the respondent of the case is Sri Gundumulla Anantha Reddy. The instant case arises when the respondent have sold some of the suit scheduled properties in spite of decree granted to the appellant by the trial Court. The appellant has filed I.A.No.1 of 2019 praying to grant injunction against the respondents not to alienate suit schedule properties. The instant Contempt case was filed alleging violation of the directions issued by this Court in I.A.No.1 of 2019 in A.S.No.260 of 2017.

The Court observed that if a party, who is fully known about the judgment of the Court, is conscious and aware of the consequences and implications of the order of the Court, acts in violation thereof, it must be held that disobedience is willful. To establish contempt of court, it is sufficient to prove that the conduct was willful, and that the contemnor knew of all the facts which made it a breach of the undertaking. It said that the sanctity to judicial proceedings is paramount to a society governed by law. Otherwise, the very edifice of democracy breaks and anarchy rains. The Contempt of Courts Act is intended to correct a person deviating the norm and trying to breach the law/assuming law on to himself. It intends to secure confidence of the people in the administration of justice.

The Court further observed that the respondents did not deny that the property sold is part of the suit schedule land on which decree is granted to the petitioner. Firstly, the property is covered by the preliminary decree of the trial court and in terms thereof petitioner is entitled to 1/6th share. Contrary to the judgment and decree, it could not have been sold. This decree is not stayed by this Court. Secondly, the order dated 13-8-2019 was passed in the presence of the counsel appearing for them. Therefore, they cannot plead ignorance. Thus, the sale transaction undertaken by them is clearly in violation of the orders of the Court. In the facts of this case, it is also safe to assume that the violation is deliberate and willful.

The court also observed that an apology can neither be a defence nor a justification for an act which tantamount to contempt of Court. An apology can be accepted in cases where the conduct, for which the apology is given, is such that it can be “ignored without compromising the dignity of the court”, or it is intended to be evidence of real contrition. It should be sincere. Apology cannot be accepted in case it is hollow, there is no remorse, no regret, no repentance, or if it is only a device to escape the rigour of the law. Such an apology is merely a “paper apology”.

The Court observed that in the facts of this case also, it is seen that apology offered is not sincere and bona fide. It is clear from facts on record that it is made only to escape the consequence of deliberate and wilful disobedience of the order of the Court. Contemnors did not accept their mistake and expressed apology at the first opportunity offered to them.

The Court remarked, ‘Wilfully and deliberately they have sold the suit schedule property in utter violation of the orders of this Court. It is intended to frustrate the judgment and decree rendered by the trial Court and orders of this Court and deprive the petitioner the fruits of her success.’

The Court thus held “Contemnors are held guilty of contempt; their apology is rejected and is imposed sentence of imprisonment with fine.”