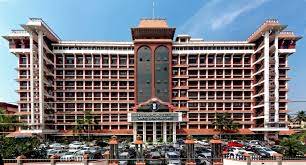 The High Court of Kerala, while awarding interim- anticipatory bail to actor Vijay Babu in the case, Vijaya Babu vs State of Kerala & Ors (BAIL APPL. NO. 3475 OF 2022) remarked that being abroad does not limit the accused from approaching the Court for interim anticipatory bail. Justice Bechu Kurian Thomas granted anticipatory bail in his favour.

BRIEF FACTS OF THE CASE:  Malayalam Actor & Producer Vijaya Babu was accused of rape in complaint filed at Ernakulam Police Station by a female actor. He was charged under Sections 376(2) (n), 506 and 323 of the Indian Penal Code 1860. The victim, in her complaint, claimed that since she was a newcomer in the industry, the accused gained her trust by being friendly and advising her. The accused is alleged to have sexually exploited her by pretending to be a saviour in her life. Following the registration of the complaint, the accused went live on Facebook, addressing the issue. He denied all the claims against him. Things went further downhill as he revealed the name of the survivor who had filed a case against him. This action attracted Section 228 A of IPC (disclosure of the identity of the victim in certain offences), and a separate case was registered against him in this regard. Following these incidents, the accused fled from India. The actor approached the High Court for anticipatory bail after the police resorted to cancelling his Passport and seizing his property. In his plea, he claimed that the allegations were an attempt to frame and blackmail him. At the outset, the learned counsel of the petitioner submitted that the accused was willing to come back to India, but he feared immediate arrest and that posed a threat to his personal liberty since he was roped of his opportunity to have his bail application considered. The learned Additional Director General of Prosecution submitted that the intention of the accused was to remain elusive from investigation since he filed for a bail application after fleeing the country. He argued that, since the accused was not in the country, his bail application is not maintainable, as reiterated in Souda Beevi v. Sub Inspector of Police & Others 2011 (4) KLT 52 and S.M.Shaffi v. State of Kerala 2020 (4) KHC 510.

JUDGEMENT: After hearing both the parties, the Court relied on the decision in Sushila Aggarwal and Others v. State (NCT of Delhi)[(2020) 5 SCC 1], wherein it was observed that “a paramount right of every individual protected under Article 21 of the Constitution of India, can be deprived only by the procedure established by law and that Section 438 is one such procedure which the legislature has enacted and that courts should lean against imposition of unnecessary restrictions on the scope of section 438, especially when not imposed by the legislature”. The Court observed that the cases relied upon by the prosecution were not applicable to the present case as the decision in n Souda Beevi’s case (supra) was impliedly overruled. The decision in S.M.Shaffi’s case (supra) could be regarded as judgment sub silentio since it did not take notice of the judgment in Sushila Agarwal’s case. Justice Bechu Kurian, in this regard, further remarked that “However, I clarify that the above observations are made only for considering the grant of interim protection from arrest.” The Court remarked that granting interim bail and delaying the arrest of the accused of a limited period of time is important not only to protect the interests of the accused but also the interests of the victim and the investigation team. The Court also issued directions to the accused to present himself before the investigating officer upon his arrival in India.