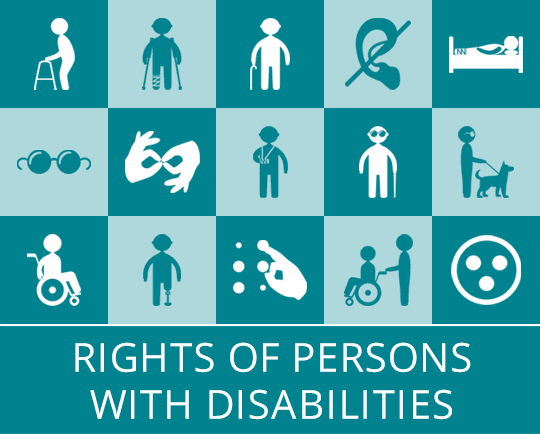 The rights of disabled female athletes to fair treatment were upheld by the High Court of Madras presided by HONOURABLE MR. JUSTICE R. MAHADEVAN in the case of M. Sameeha Barvin vs. The Joint Secretary, Ministry of Youth & Sports & Ors. (Writ Petition No. 16953 of 2021)

FACTS OF THE CASE: Brief facts of the case are that the petitioner, M. Sameeha Barvin, is deaf and speech impaired. Despite her disability, she excelled in sports events by participating in the long jump and high jump at National and State levels. She has several firsts and medals to her name. When she participated in the National selection test conducted in New Delhi on 22nd July 2021 by the third respondent, among the 12 participants, she surpassed the eligible parameter of 4.25 meters by a stretch. Despite such excellent performance, she was not selected to participate in the World Deaf Athletics Championship. The petitioner came to know that out of the 12 candidates, she secured the first in the selection list in the female category. When she sought the reason for her non-selection, it was disclosed that the selection authorities were not inclined to send a lone female member to the event and, therefore, they preferred male members for the event. This, according to the petitioner, is discrimination based on gender, and thereby her achievement had been ignored. Therefore, the petitioner  filed the writ petition seeking a mandamus, directing the third respondent to include her name in the final selection list and send her to participate in the Fourth World Deaf Athletics Championship, When the writ petition was taken up for admission, the court directed the petitioner to appear before the third respondent, and on such appearance, the third respondent was directed to declare her as selected and permit her to participate in the 4th  World Deaf Athletics Championship held at Poland under the women category. Accordingly, she was permitted to participate in the said event, and upon her performance, she is now eligible to participate in the World Deaf Olympic Championship 2022 and Paralympics 2023.

The learned counsel for the petitioner made extensive arguments about the discrimination meted out by the petitioner at the hands of the respondents on the grounds of gender as well as disability and hence, sought appropriate direction from the authorities concerned, considering this case as an eye-opener for all female athletes with disabilities. The learned counsels for the respondents repudiated all the averments made by the petitioner by submitting that the respondent authorities render all necessary support to the sports persons and do not practice any form of discrimination and treat them with equality and dignity.

JUDGEMENT:  After hearing the contentions of both sides, the court noted that the petitioner participated in the Fourth World Deaf Athletics Championship held in Poland, and she is eligible to participate in the World Deaf Olympic Championship 2022 as well as Paralympics, 2023 and thus the relief sought for in the writ petition no longer survived for consideration. But the court also noted that the petitioner’s discriminatory behaviour had to be dealt with by the respondent authorities. Disabled female athletes like Sameeha are victims of double discrimination, and their plight should be viewed through an intersectional lens. Thus the court passed specific general directions under Art 226. of the Constitution to ensure fair treatment of disabled female athletes to participate in all the events at State, National and International levels with equality and dignity. The directions included prevention or prohibition of unfair discrimination against the women athletes with disabilities on one or more grounds, including race, gender, sex, marital status, ethnic or social origin, colour, sexual orientation, age, disability, religion, conscience, belief, culture, language and birth. It also gave directions to provide adequate financial assistance, necessary training and medical facilities to participate in all the events, follow the proper selection process, provide entertainment, and ensure the safety and security of the female athletes with disabilities during their travel. The court further directed the authorities to ensure that all the women athletes, whether with or without disabilities, are given equal treatment on par with males to enjoy full and equal rights and freedoms and maintain their dignity. With the directions issued, the court disposed of the writ petition.