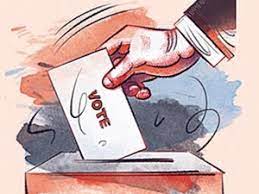 In a peculiar case, the Karnataka High Court recently allowed counting of ballot papers that belonged to another constituency after finding that there was “irrefutable evidence” to show that they were utilized for election in the constituency to which the parties before the Court belonged.

A single judge bench of Honourable Justice Krishna S Dixit in the case of Prabhamani vs Hemalatha (writ petition no.: 23811 of 2021) observed, “When the margin of votes for electoral victory is very small, as is the case at hands, the scrutiny of the ballot papers assumes greater significance, may be a realistic view. In the election in question, though the ballot papers belonged to other constituency, there is irrefutable evidence on record that they were utilized for the election in this constituency; they had the same electoral symbol; they were taken & used for the constituency in question after scrutiny by the jurisdictional authorities; the voters acted upon the same accordingly. The electors made mark upon the same. It is nobody’s case that the mark found on these ballot papers were fake, forged or otherwise illegal. Some insignificant lapses do happen in election process, more particularly in rural areas, cannot be disputed.”

The dispute pertained to elections to Karle Grama Panchayat. The Petitioner had obtained 232 votes and the Respondent had obtained 231 votes. This was on the basis of four votes that were initially rejected as not genuine, for being cast on ballot papers from another constituency.

However, the Election Tribunal noted that the impugned Ballot papers were handed over by the officials themselves to the voters. Thus, the 4 ballot papers were counted consequent to which, the Respondent herein was declared successful. Thus, the Petitioner’s election was set at naught by the Election Tribunal and the Respondent was declared the successful candidate.

The court said that there is admission of the petitioner that these ballot papers did not come from the ‘farthest land’, as to be called ‘alien’ to the election in question. Therefore, the Election Tribunal was right in faulting their exclusion from counting and thereby, reckoned them to the account of Respondent–Election Petitioner, who eventually has been declared as duly elected, after invalidating the election of Returned Candidate.

The Bench also remarked that election symbols play a vital role inasmuch as, ordinarily, the electors identify and vote their candidates on the basis of symbols with which they contest in the elections.

“Psychologically, symbols have deep rooted emotive content being descriptively used since antiquity and before…Election symbols of the candidates or their political parties through which they are put in the fray assume a lot of significance. These symbols are normatively by the jurisdictional authorities constituted under law. The election symbols play a vital role inasmuch as, ordinarily, the electors identify their candidates on the basis of symbols with which they contest in the elections, and vote. It is more so in the case of elections to ‘grass-root’ level local bodies like the one in this case.”

Following which the court observed, “The ballot papers belonged to other constituencies, there is irrefutable evidence on record that they were utilised for the election in this constituency. They had the same electoral symbol; they were taken & used for the constituency in question after scrutiny by the jurisdictional authorities; the voters acted upon the same accordingly. The electors made a mark upon the same.”

The court also junked the submission of the petitioner that by a very small margin the election of his client has been set aside and therefore, an eminent case arises for indulgence of the Writ Court, for restoring his position.

Citing that the Vajpayee led NDA–Government was toppled for want of one vote, failing to secure a confidence vote on 17th April 1999. The bench said, “That is the value our system attaches to every vote.”

Accordingly, it rejected the petition for being devoid of merits.