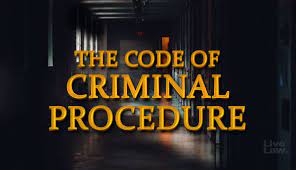 The Karnataka High Court has held that an accused charged under the Narcotic Drugs & Psychotropic Substances Act (NDPS) Act does not get a right to default bail under Section 167(2) of CrPC, merely because the charge sheet/ final report filed by the Police after investigation is without FSL report.

A single judge bench of Justice M Nagaprasanna in the case of Sayyad Mohammad @ Nasim V State Of Karnataka (Writ Petition No.5934 Of 2022) said, “Non-filing of the FSL report by itself would not make the charge sheet contrary to Section 173(2) of the Cr.P.C.”

The bench accordingly rejected the petition filed by one Sayyad Mohammad @ Nasim for quashing of entire proceedings and seeking an interim prayer for release by grant of interim bail on the ground of filing a defective charge sheet or an incomplete charge sheet after investigation.

It is significant to note that the Supreme Court is considering this issue in a special leave petition filed before it, raising legal questions including ‘whether investigation in NDPS cases can be considered to be completed in absence of a forensic report of the substance recovered?’.

The Petitioner in the instant case was travelling in a car from which 60.60 Kgs of Ganja was recovered. He was arrested under section Sections 25 and 3 of the Indian Arms Act, 1959 and Sections 8(c), 20(B)(ii)(c) of the NDPS Act. After investigation, the Police filed a final report/charge sheet before the Court. The petitioner, after filing of the charge sheet, knocked on the doors of the Court.

Senior Advocate Hashmath Pasha appearing for the petitioner submitted that the charge sheet filed by the Police is a defective charge sheet or an incomplete charge sheet, as the contraband substance has been sent for its test to the Forensic Science Laboratory and the report is yet to come.

Further he said ,”In the absence of the report, the substance that was seized is unidentifiable and, therefore, becomes a defective charge sheet. The Police have hurriedly filed an incomplete charge sheet only to get over the rigour of default bail under Section 167(2) of the Cr.P.C…filing of the final report being in violation of Section 173(2) of the Cr.P.C., the petitioner is entitled to be released forthwith on bail.”

Prosecution opposed the plea, stating that mere non-filing of FSL report will not vitiate the charge sheet that is filed, as it can always be filed in the proceedings subsequently. Since contraband substance being Ganja it can be easily identifiable by structure and smell and FSL report is only a formality.

Then the court observed,”Ganja is a substance that can be easily identifiable by its smell, texture and structure.”It relied on the Bombay High Court judgement in the case of Sagar Parashuram Joshi Vs. State Of Maharashtra, and said,

“Merely because the charge sheet did not accompany FSL report, the right of the petitioner cannot swing back to contend that he is entitled to be enlarged on bail. As long as the police report containing details as necessary under Section 173(2) is filed within the stipulated period, the accused will not get a right to contend that he is entitled to default bail on the ground that the final report filed is in violation of Section 173(5) of the Cr.P.C.”

Accordingly, it dismissed the petition.