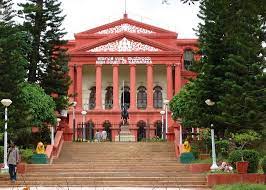 The Karnataka High Court has observed that applications made by colleges seeking affiliation/ recognition etc. for a specified academic year must be decided with “clock work precision” and final order granting or refusal of affiliation should be issued well before the commencement of that academic year.

A single judge bench of Honourable Justice P. Krishna Bhat in the case of Shanti Dhama College v The Principal Secretary (Writ Petition No.3503/2022) observed, “The filing of application seeking affiliation entails payment of considerably high fees. If decisions on such applications are not taken within a timeframe, they become irrelevant or infructuous due to efflux of time and thereby applicants suffer irreparable hardship.”

The bench made the observation while hearing a petition filed by Shanti Dhama College Of Physiotherapy, seeking directions to the Department Of Health & Family Welfare and Rajiv Gandhi University of Higher Studies, to consider its representation dated 18/10/2021 and permit the college to take 40 students intake instead of 20 from the academic year 2021-2022.

The petitioner said that it is running a Bachelor of Physiotherapy course with the permitted intake of 20 students and has been making repeated applications for increasing intake to 40 students. However, neither the University nor the Government has been considering the same in terms of Section 45 of the Rajiv Gandhi University of Health Sciences Act, 1994.

The bench referred to section 45 of the Act and noted the process prescribed for seeking affiliation. It observed,

“It is incumbent upon the Government to recommend to grant or refuse affiliation for reasons recorded in writing. It is also necessary to remind the authorities concerned, in view of the large number of litigations arising in this field, that the authorities involved in the process of deciding whether affiliation is required to be granted or not should do so within a reasonable time.”

It added, “It is trite that authorities vested with public powers are required to exercise it in a reasonable manner and it is therefore implicit that such decisions are taken within a reasonable time. It is high time that the authorities concerned realise that they are accountable for the manner of exercise of such powers not only with reference to the integrity / probity of the process but also to the timeframe within which power is exercised.”

Noting that no relief in the present manner can be granted as the Academic year has ended, the petitioners counsel submitted that the college would make a fresh application in accordance with law within a period of one week from today seeking affiliation for enhancing intake of another 20 students for the Bachelor of Physiotherapy Training Course.

Following which the court directed, “If such an application is made, the University and the State Government shall conclude the entire proceedings on such applications and take a decision within four weeks from the date of such application. The University as well as the State Government shall record proper reasons within the framework of Section 45 of the Act for either accepting the application seeking affiliation for increasing intake of 20 students or rejecting the same.”