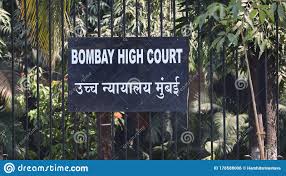 While dismissing the reassessment notice, the Bombay High Court held that the assessment could not be reopened simply because the Assessing Officer changed his mind (AO).

In the case of Bhavani Gems Private Limited Versus Assistant Commissioner of Income Tax (Writ Petition No. 804 Of 2022), the division bench of Honourable Justice K.R. Shriram and Justice N.R. Borkar observed that the reopening of assessment was merely on the basis of a change of opinion of the Assessing Officer from that held earlier during the course of assessment proceedings, and this change of opinion does not constitute justification and/or reason to believe that income

The petitioner was served with the notice. As a result, reopening of assessment was proposed four years after the end of the relevant assessment year. Section 147 of the Income Tax Act’s proviso would apply. There was a bar to reopening unless respondents discharged the burden of demonstrating that the petitioner had failed to fully and truthfully disclose material facts during assessment.

The AO has listed two reasons for the reopening.

Second, a goodwill amount of Rs. 26 crores was self-generated goodwill introduced in the books of account prior to the conversion of the partnership firm into the assessee company, not acquired by the petitioner. Because the goodwill was generated internally by the former firm and not acquired or purchased for a fee, the cost of the same should have been shown as ‘Nil,’ and internally generated goodwill should not have been recognized as an asset.

The court determined that the reopening was solely due to a change of opinion. During the assessment proceedings, questions were raised about the large share premium received during the year, as well as the details of investors, and the petitioner provided all of the information requested. While explaining the workings, the petitioner also stated that the goodwill of Rs. 26 crores were taken into account when calculating the share premium. Even in the assessment order, the Assessing Officer referred to notices issued under sections 143(2) and 142(1) of the Income Tax Act, and the Assessing Officer confirmed receiving all of the information.

The court stated “Since all of these details were disclosed in the documents filed with the income tax return, including the balance sheet and answers to all questions raised, it cannot be claimed that the petitioner failed to truly and fully disclose any material facts. The statement in the reasons recorded that there was a failure to fully and honestly disclose material facts, in our opinion, is only to get around the restrictions imposed by proviso to section 147 of the Act”.