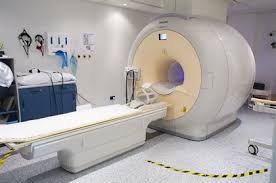 The Karnataka High Court has postponed its order not to pay the salary of the Principal Secretary, Health and Family Welfare (Medical Education) for failing to install a magnetic resonance imaging (MRI) scanning machine at the Dharwad Institute of Mental Health and Neurosciences until April 21. (DIMHANS).

In the case of Karnataka State Legal Services Authority v. State Of Karnataka (Writ Petition no. 18741/1996), a division bench led by Honourable Chief Justice Ritu Raj Awasthi ordered the State Government to upgrade DIMHANS to a higher psychiatry center by March 1, 2022, and to install and make operational the MRI machine in the hospital by November 2021.

A public interest litigation was filed by the Karnataka State Legal Services Authority in the year 1996. The court ordered the State Government to upgrade DIMHANS to a higher psychiatry center by March 1, 2022, and to install and make operational the hospital’s MRI machine.

When the case was heard on April 5, the court was informed that an affidavit had been filed stating that the M.R.I. Scanning Machine had been delivered to DIMHANS and that only 25% of the civil work for installation remained.

Hearing this, the court stated that the need for and utility of an MRI machine in DIMHANS is not in dispute, and that the matter has been pending for quite some time. The authority was granted time based on the Additional Advocate General’s assurance that the machine would be operational by March 30, but the machine has yet to be installed.

It stated, “We are not satisfied with the explanation provided for the project’s delay, particularly the installation of the MRI machine. However, we’ve been told that a three-month waiting period is necessary because the machine must be imported from outside the country, and the order must be placed by December 1. By March 1, 2022, the machine should be installed and operational. As directed by the Medical Education Department’s Principal Secretary.”

The bench then stated that the situation is a “very sorry state of affairs” that “adversely reflects on the Authorities’ intention” to install the M.R.I. Scanning Machine in the hospital in question.

“The officers’ actions are unacceptable to us. As a result, we direct that the Principal Secretary’s salary for Health and Family Welfare (Medical Education) not be paid until the M.R.I. Scanning Machine is installed and operational “It had requested.

AAG Dhyan Chinnappa made a note after the order was dictated but before it was signed, requesting that the Principal Secretary, Health and Family Welfare (Medical Education) has deeply regretted the delay in installing the M.R.I. Scanning Machine and requests one more opportunity to do so. He asked that a portion of the Court order prohibiting him from receiving his salary be put on hold until a later date. As a result, the court granted it.

The direction was given during the hearing of a public interest litigation filed by the Karnataka State Legal Services Authority in the year 1996.