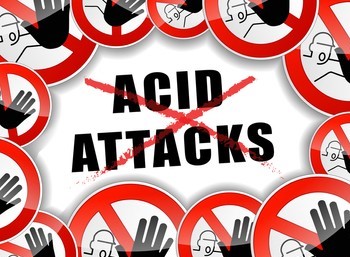 The decision that Guddu Krish Yadav, who was convicted with double murder of his colleague and his wife, is aquitted is upheld by the High Court of Bombay through the learned bench led by HONOURABLE MR. JUSTICE MILIND N. JADHAV & HONOURABLE SMT. JUSTICE SADHANA S. JADHAV in the case of The State of Maharashtra Versus Guddu Krish Yadav (CONFIRMATION CASE NO. 4 OF 2019).

Brief facts of the case are that Guddu Krish Yadav allegedly stole his colleague’s phone on November 5, 2015, and the latter complained to their company. As a result, the boss summoned Yadav and demanded that he return the phone. Yadav is said to have sought vengeance as a result of this. Yadav allegedly went to the company’s quarters – where his colleague resided with his wife – in the early hours of November 6, 2015, with a bucket of pure sulphuric acid and poured it on them while they were sleeping. The pair was rushed to the hospital, where the husband passed away four hours later and the wife passed on the next day. The police relied on the couple’s and two other employees’ dying declarations as important eye witnesses to the incident. On May 9, 2019, the Palghar sessions court found Yadav guilty and condemned him to death, stating that the case was “unique beyond imagination” and that the crime was “undeserving of any pity or mercy.” Following that, the state administration petitioned the High Court via this petition to have Yadav’s death sentence confirmed. Yadav stated that there was significant disparity and contradiction about the dates of the deaths based on the facts, and hence the dying declarations could not be allowed as evidence.

The court stated that after reviewing the evidence of the doctor and nurse who first attended the slain couple, it was abundantly evident that they were not aware enough to record a dying declaration. “The prosecution’s evidence is riddled with major contradictions,” the bench said. The court stated that the trial was handled in the most informal manner possible, and that the question of whether it was just and fair in a capital sentencing case remains unresolved. The evidence presented isn’t even up to par in terms of quality and believability. The court dismissed the death penalty appeal, noting that the trial had been conducted in a haphazard manner and that the prosecution had suppressed and manufactured crucial evidence. After reviewing the whole evidence on file, including the substantial disparities, lacunae, and clear illegalities, the court concludes that the prosecution has completely failed to connect the dots and prove the accused’s guilt. It would be unjust to get carried away simply because the crime was horrible and brutal without any legal proof to back up the charge of murder against the accused.

The court referred to the case of Ashish Batham vs. State of Madhya Pradesh, AIR 2002 Supreme Court 3206, in which it was held that charges must be proved beyond a reasonable doubt on the basis of clear, cogent, credible, or unimpeachable evidence, and that the question of indicting or punishing an accused does not arise simply because of the heinous nature of the crime or the gruesome manner in which it was found to have been committed, the bench. The court, thus, came to a conclusion that the accused was not guilty.