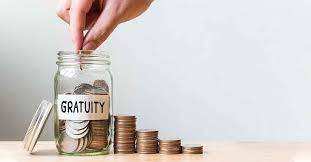 The Karnataka High Court has refused to overturn an order issued by the Controlling Authority/Appellate Authority under the Payment of Gratuity Act, 1972, directing government bodies to pay former employees gratuity amounts claimed from the time they were employed as daily wage earners until their employment was regularized.

“There is no merit in the contention that on their regularization into service, respondent No.1 loses benefit of the Act,” said a single judge bench led by Honourable Justice K S Mudagal in denying relief in a batch of petitions in the case of the Chief Executive Officer and others vs K. Puttaraju and others a/w Connected matters (W.P.No.46017/2017).

The petitioners opposed respondent No.1’s applications on the grounds that they were government employees, not employees as defined by Section 2(e) of the Act, and thus the Controlling Authority lacked jurisdiction to hear such claims. The petitioners preferred to take their cases to the Appellate Authority in some cases. They were dismissed as well. After that, they went to the High Court.

Respondents opposing the petitioners’ argument stated that the grounds raised were that the Controlling Authority’s orders are subject to statutory appeal under Section 7 of the Act. As a result, the petitions cannot be maintained. The second argument is that respondent No. 1 was an employee within the meaning of Section 2(e) of the Act from the time they were hired as daily wage workers until they were regularized. As a result, the aforementioned period should have been considered the qualifying period of service for the purposes of computing gratuity.

“The Controlling Authority, considering the admissions of the petitioners’ witness regarding the date of employment of respondent No.1 as daily wage workers, their regularisation, and non-payment of gratuity for the period they worked as daily wage workers, and also referring to the judgments of this Court, rightly rejected the petitioners’ contention and passed the impugned orders,” it said, citing Supreme Court and High Court judgments.

“In some of the cases, the petitioners did not even file an appeal before the Appellate Authority on the ground that the Act is not applicable, thus the Controlling Authority’s order was without jurisdiction,” the statement continued.

The court, on the other hand, found that some of the respondents had filed their claim applications after ten years, and so on. “This Court finds it just and proper to modify the order only with regard to the date from which the petitioners are liable to pay the interest,” it stated.

As a result, it was decided, “The petitions have been partially granted. The contested orders for gratuity payment have been confirmed. The petitioners are jointly and severally liable to pay the gratuity amount to respondent No.1 with interest thereon at 10 percent per annum from the date of the applications till the date of deposit.”