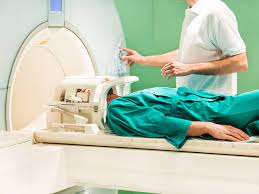 An M.R.I scanning machine has been installed and made operational at the Dharwad Institute of Mental Health and Neurosciences, the Karnataka government informed the High Court on Thursday (DIMHANS).

In the case of Karnataka State Legal Services Authority v. State Of Karnataka (WP 18741/1996), a division bench of Honourable Chief Justice Ritu Raj Awasthi and Justice S R Krishna took on record the government’s compliance affidavit stating that the MRI Scanning machine installation is complete, trial runs are underway, and even the Medical Superintendent has been appointed.

It added, “The above is supported by photographs of the MRI scan machine installation and a Superintendent appointment order. Given the foregoing, we believe respondents have complied in a substantial manner, and thus there is nothing left to adjudicate, and the writ petition is accordingly dismissed.”

The direction was given during a suo-motu petition filed in 1996 in response to a Supreme Court directive issued on September 5, 1995. During the petition’s pendency, respondents were given instructions regarding the installation of MRI scanning machines at DIMHANS. According to the respondent, the machine’s installation was required, but it could not be completed for various reasons.

The court even ordered the state government not to pay the salary of the Principal Secretary, Health and Family Welfare (Medical Education) for failing to install and operationalize the M.R.I. Scanning Machine in an order dated April 5. The order was, however, put on hold until today at the request of the Additional Advocate General. The bench clarified in its order that the restriction on disbursing Principal Secretary’s salary will not be enforced due to the compliance affidavit.

The state government was ordered by the court in November 2021 to upgrade the Dharwad Institute of Mental Health and Neurosciences (DIMHANS) to a higher psychiatry center and install and make operational the MRI machine in the hospital by March 1, 2022.

It then stated, “We are not satisfied with the explanation provided for the project’s delay, particularly the installation of the MRI machine. However, we’ve been told that a three-month waiting period is required because the machine must be imported from outside the country, and the order must be placed by December 1. By March 1, 2022, the machine should be installed and operational. As directed by the Medical Education Department’s Principal Secretary.”

When the case was heard on April 5, the court was informed that an affidavit had been filed stating that the M.R.I. Scanning Machine had been delivered to the Dharwad Institute of Mental Health and Neurosciences (DIMHANS), as evidenced by a letter dated March 28, 2022. It is also reported that 75% of the civil work for the M.R.I. Scanning Machine installation is complete, with 25% of the work still in progress.

The bench then expressed its opinion, “It is a very unfortunate situation that casts doubt on the authorities’ intentions in having the M.R.I. Scanning Machine installed in the hospital in question. The officers’ actions are unacceptable to us. As a result, we direct that the Principal Secretary’s salary for Health and Family Welfare (Medical Education) not be paid until the M.R.I. Scanning Machine is installed and operational.”