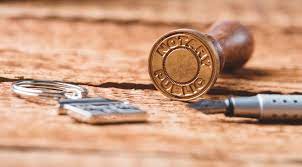 The Karnataka High Court ruled that, under Section 13 of the Notaries Act, there is a bar to the Court taking cognizance of offences committed by an advocate or notary, while adding that, under the Act, the police must obtain permission from the Central Government or the State Government before filing a charge sheet and taking cognizance.

According to the facts of the case, the Hassan Women Police Station opened an investigation after receiving a complaint from respondent 2 (the victim’s father). Following that, the police conducted an investigation and filed a charge sheet. It is alleged that accused No.1 approached petitioner/accused No.8 who is an advocate/notary, declaring the victim’s date of birth as 25.9.1999 by correcting from 25.9.2000.

Based on the affidavit, accused No.10 made a declaration in the affidavit stating that the victim’s age was 18 years, even though she had not completed 18 years and gave her date of birth as September 25, 1999. The accused No.1 married the victim girl in Arya Samaj, and after registering the case, it was discovered that these petitioners, who were advocates/notaries, assisted by making declarations in the affidavit, and thus the charge sheet was filed, which is being challenged.

The petitioner stated that The charge sheet filed against the accused after the trial court took cognizance was said to be unsustainable. The petitioners are an Advocate and Notary, and there is a bar to taking cognizance under Section 13 of the Notaries Act of 1952.

The accused No.1 and others appeared and produced documents proving their dates of birth, which were signed by the petitioners – advocates/notaries – with a declaration that if anything is corrected or manipulated by other accused, they are unaware of it.

They have signed the same and discharged duty without their knowledge, so there is no offence committed by any of them in any of the provisions of law, they claim, and they also claim that the co-accused persons have already had the criminal proceedings quashed. The prosecution objected to the plea.

According to the bench, “These two petitioners were admittedly advocates/notaries, and they made a declaration in an affidavit filed by the parties. Looking at the documents produced by the parties, it is clear that while performing their duties, they signed and made declarations in the documents produced by the parties, but it cannot be said that these petitioners intentionally colluded with the other accused persons and signed an agreement of declaration for the purpose of assisting the accused No.1 by manipulating the victim’s age.”

The court stated in reference to Section 13 of the Notaries Act, “To be sure, the petitioners are said to be Central Government Notaries. As is the case, according to Section 13 of the Notaries Act, sanction or permission is required before filing a charge sheet and taking cognizance against this petitioner, but no such permissions were obtained or produced by the Investigation Officer along with the charge sheet, and nothing about obtaining the sanction was mentioned in the charge sheet. As this is the case, the criminal proceedings against petitioners/accused Nos. 8 and 10 must be quashed.”