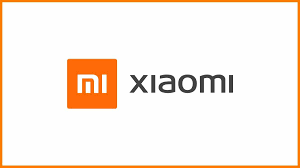 In the case of Xiaomi Technology India Private Limited vs. Union of India (Writ Petition No. 9182 of 2022), a single-judge bench of Honourable Justice S Sunil Dutt Yadav clarified that, in the meantime, Xiaomi India was allowed to make payments to foreign entities for importing items essential to its manufacturing and selling of smartphones, excluding royalties, via bank overdraft.

The court also stated “The previously granted interim order has been extended until the next date. M B Nargund, Additional Solicitor General, says an application to vacate the stay order will be filed during the day. The petitioner’s request for a further interim order requires a hearing. Due to a lack of time, the subject cannot be heard. Rescheduled for May 23. It is clarified that the petitioner is free to obtain an overdraft and make payments from it, excluding royalty; this is a matter between him and the bank. The matter will be listed on May 23rd.”

It was turned in, “On a daily basis, I need to create patents. The authority in question is limited to royalty.” ASG Nargund argued, “Let the petitioner keep the seized amount in the bank and let the rest of the things run.” He also informed the court that statements of objection to the petition had been filed.

On May 5, the court issued an emergent notice to the respondent on the company’s petition. It then stated, “Respondents 1–5 should receive an emergent notice. The operation of respondent 3’s order dated 29/04/2022 is stayed. It was, however, stayed on the condition that the petitioner use the bank account seized under the impugned order to carry out the day-to-day operations of the company.”

Senior Advocate S Ganesh and Sajan Poovayya, appearing for the company, contended that the payment of Technology Royalty to three companies located outside India is not in violation of Section 4 of the FEMA Act, and that such payments have been held lawful by the Income Tax Department and allowed as deduction, as well as that it is a value-added activity, as evidenced by the order passed by the Central Government’s Dispute Resolution Panel.

It was also argued that Technology Royalty payments had been made from 2016 to the present through authorized dealers, and that in the absence of material of such amount being held in contravention of Section 4 of the Act, outside India, the order of seizure is not legal. Furthermore, he stated that similar payments made by other mobile phone manufacturers/dealers in India to the same company in the United States for the same technology have not been questioned, and no action has been taken against the said companies for holding Foreign Exchange in violation of Section 4 of the act.

He also stated that the writ petition is maintainable, though an alternative remedy of appeal is provided in the absence of a FEMA Appellate Tribunal. There were none for the respondents. Following that, the court scheduled a new hearing for May 12.

According to an ED press release, “Xiaomi India is a wholly owned subsidiary of the China-based Xiaomi group.” The ED has seized the amount of Rs. 5551.27 crore that was in the company’s bank accounts. The ED had launched an investigation into the company’s illegal remittances made in February of this year.

It also stated that “The company established its operations in India in 2014 and began remitting funds in 2015. The Company has transferred foreign currency worth INR 5551.27 crore to three foreign-based entities, one of which is a Xiaomi group entity known as Royalty. Such massive sums in the name of royalties were remitted at the request of their Chinese parent group entities. The funds transferred to two unrelated entities in the United States were also for the benefit of the Xiaomi group entities.”

Xiaomi India is a mobile phone trader and distributor in India that operates under the brand name MI. Xiaomi India purchases fully assembled mobile phones and other products from Indian manufacturers. Xiaomi India has not used any of the services provided by the three foreign-based entities to which such funds have been transferred. The company remitted this amount in the guise of Royalty abroad under the cover of various unrelated documentary façades created among the group entities, which constitutes a violation of Section 4 of the FEMA. The Company also provided false information to banks when remitting money abroad.