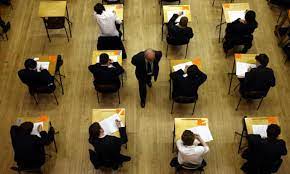 The Karnataka High Court has ordered the state government to allow overseas citizens of India (OCI) students to sit for the examination and participate in the Karnataka Examination Authority’s counselling procedure on an equal footing with Indian students.

A two-judge bench consisting of honorable Justice R Devdas and Justice K S Hemalekha in the case of OCI Students vs Karnataka examinations authority (W.P (CIVIL) NO.1397/2020) ruled, “The petitioners would be able to register with the respondent, the Karnataka Examinations Authority, in order to take the exam and participate in counselling. It is further stated that, as directed by the Hon’ble Supreme Court, OCI students are allowed to be treated equally to Indian students and are eligible to apply for any course/courses, including the Bachelor of Ayurvedic Medicine and Surgery (BAMS) for the Academic Year 2022-23.”

Facts of the case are that the notification issued by the Central Government under the Citizenship Act restricting admission of Overseas Citizenship of India (OCI) students to professional courses only under the non-resident of India (NRI) quota.

This advantage is not limited to petitioners; the authority must provide it to all similarly situated students.

The temporary ruling was issued in response to a number of petitions, one of which was brought by Vivek Goutam. The petition’s respondents were served with notice by the bench.

The petitioner’s counsel claimed that, in response to the impugned notification dated 04.03.2021 issued by the Ministry of Home Affairs, the Supreme Court in the case of Dr. Radhika Thappeta & Ors. v. Union of India, issued interim orders on 08.02.2022 allowing OCI petitioners to appear in general category counselling on the same basis as Indian citizens to pursue their respective courses.

The authority’s lawyer, Advocate N.K.Ramesh, said the Supreme Court’s judgement made it plain that interim relief was just for the school year 2021-2022.

“However, because the challenge to the notification has not been decided by the Hon’ble Supreme Court, the benefit is required to be granted to the petitioners who are before this Court for the Academic Year 2022-2023 as well,” the bench added.

It also said “This relief is not limited to the petitioners in this case. This benefit must be extended to all similarly situated candidates by the respondent-Authorities.”

The court ruled that all petitioners could stake a claim for admission for the academic year 2021-22 in accordance with the interim order issued earlier in the petitions, which allowed them to participate in the selection process initiated by the Karnataka Examinations Authority (KEA), subject to their individual eligibility and qualification

The petitioners argued that even though they were born in foreign countries while their parents were working outside India for a limited time, they should be treated on equal footing with Indian citizens for admission to professional courses because they have domicile in India and studied for a minimum of seven years in Karnataka to be eligible for government quota seats.

Refusing to accept their argument, the court agreed with the Central Government that the condition imposed on OCI students that they would be eligible for admission only through the NRI quota was ‘consciously incorporated with intent to protect the interests of the domiciling natives [Indian citizens] who lack the competitive edge qua the OCI cardholders and the NRIs’.

“Both of these classes, that is, the OCI and the NRI, who are now equated, obviously have greater exposure to the outside world, by virtue of birth and upbringing in the case of the former, and by virtue of residence in the case The distinction between natives on the one hand and OCIs and NRIs on the other cannot be undermined by invoking the equality clause…”, the court stated.

The court rejected petitioners’ contention that the March 4, 2021 notification violated High Court decisions on the right of OCI students to seek admission under general merit seats under government quotas based on notifications issued under the Citizenship Act in 2005 and 2009.

The court stated that the 2021 notification only restructured the educational rights of OCI cardholders by superseding the notifications of 2005 and 2009, and that it is not a case of the executive overturning judicial verdicts because previous judgments did not preclude the issuance of the current notification or the like.