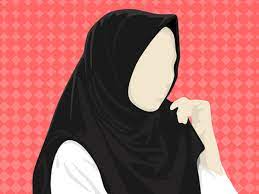 In a big Verdict, the Karnataka High court said that wearing the Hijab is not an essential religious practice and upheld a state government order on adhering to uniform in educational institutions.

In the case of Smt. Resham and ors vs. State of Karnataka (WP NO. 2347/2022), a three-judge bench of Honourable Chief Justice Ritu RaiAwasthi, Justice Krishna S Dixit, and Justice JM Khazi rejected the claim that the ban violates constitutional rights guaranteed by articles 14 (Right to Equality), 15 (No Discrimination Based on Faith), 19 (Freedom of Speech and Expression), 21 (Protection of (freedom of religion).

According to the facts of the case, the Karnataka government issued an order prohibiting students from wearing the hijab in State educational institutions that had a dress code. This Order was later challenged in Karnataka High Court. On February 11th, the Court issued an Interim Order prohibiting all religious symbols, including hijabs and saffron shawls, from being worn in classrooms.

The petitioners, Muslim students, argued that wearing the hijab is an expression under Article 19(1)(a), citing National Legal Services Authority v Union of India, 2014. The students also claimed that wearing a hijab is protected under the Right to Privacy. Students must be provided with “reasonable accommodations” in order to exercise this right. The 1983 Act contains no provision allowing educational institutions to require students to wear uniforms. Apart from being ineffective, the 1995 Rules do not apply to Pre-University institutions because they were primarily enacted for Primary and Secondary Schools. The imposition of any penalty for violation of the dress code if prescribed by the institutions is not provided for in these Rules. Even if the students were not expelled for violating the dress code, the expulsion would be grossly disproportionate to the alleged infraction of the dress code.

In response, the learned Advocate General quickly asserts that there is no prima facie case for the grant of any interim relief. The impugned order does not prescribe any uniform because it is up to the institutions to determine what uniform they should wear. The agitation should be put to an end immediately, and peace and tranquillity should be restored in society; there should be no difficulty in reopening institutions that have been closed for a few days due to disturbances and untoward incidents. Students who are causing trouble should return to school. He rejects the petitioners’ submissions. The Court was also informed by the learned Advocate General that there are several counter-agitations involving students who want to enter the institutions wearing saffron and blue shawls and other such symbolic clothing and religious flags.

Muslim students argued in Bijoe Emmanuel v State of Kerala, 1986, that because wearing the hijab is a part of their conscientious belief, it must be protected. It is not necessary to investigate the necessity of the practice in order to determine whether a Right to Freedom of Conscience is at stake.

The Court ruled that wearing a hijab is not a required religious practice. It did not qualify for protection under Article 25 of the Indian Constitution of 1950.

According to the Court, wearing the hijab is not a religious practice. It is, rather, a cultural practice. The hijab evolved as a security measure for women, and it was linked to the socio-cultural conditions that existed at the time the Quran was written. It cannot be considered a fundamental aspect of the religion.

Furthermore, the Court stated that even if it accepted that wearing the hijab is an Essential Religious Practice, it would only receive constitutional protection if it did not conflict with constitutional values such as equality and dignity. The requirement that a practice be an Essential Religious Practice in order to be protected by the Constitution is a threshold requirement. In this case, however, the practice of wearing the hijab does not cross this line.

The Court ruled that the prohibition on wearing a hijab in public schools did not violate their right to free speech and expression under Article 19(1)(a) of the Constitution.

The Court referred to the global consensus that educational institutions may impose uniforms and dress codes. The imposition of a dress code by the State government is a reasonable restriction that does not violate constitutionally protected rights because it is “religion-neutral” and “universally applicable” to all students. It was noted that the dress code actually promotes secularist principles. Furthermore, the Court stated that the Muslim students were contesting a violation of their ‘derivative rights’ rather than their’substantive rights.’

The Court admitted that the right to choose what one wears is a component of one’s autonomy and expression. This, however, must be subject to reasonable constraints. To maintain discipline and decorum in qualified public spaces such as schools, freedom may be limited.

The Court rejected the argument that students should be allowed to wear hijabs in colors and designs that match their uniforms. This is due to the fact that if allowed, “the school uniform ceases to be uniform.”

The Court upheld the validity of the State government’s Order issued on February 5th. The Order, it was ruled, was issued in furtherance of the Karnataka Education Act, 1983. Under Section 133(2) of the Act, which empowers the Government to give effect to the Act’s purposes by issuing Orders and forming bodies such as the College Development Committees, the Government had the authority to prescribe a dress code.

The Bench declined to order a disciplinary hearing against the principal and teachers of the Government PU College, where students were first barred from wearing the hijab.

The Court stated that it found no merit in the petition requesting that the Court conduct an investigation into the involvement of Islamic organizations in the anti-hijab protests.

After hearing all of the arguments, the court stated, “Ours being a civilized society, no one can be permitted to do any act that disturbs public peace and tranquility in the name of religion, culture, or the like.” The bench stated unequivocally that the order is limited to institutions where college development committees have prescribed the students’ dress code or uniform.