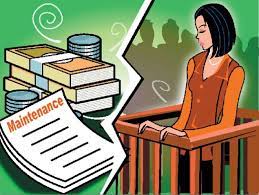 The Karnataka high court recently observed that if a wife moves out of the matrimonial house due to ill treatment meted out by the husband, he cannot claim that she moved out by mutual consent and thus hi is not liable to pay maintenance amount.

A single judge bench of Honourable Justice M Nagaprasanna in the case of Sathish N Vs Ambika J (Criminal petition mo. 474 of 2022) made the observation while dismissing a petition filed by one Satish N questioning the proceedings registered by the respondent wife seeking maintenance from him.

The facts of the case are that the petitioner and the respondent got married in November 2016. The respondent wife registered a complaint against him in December 2020, alleging offences punishable under sections 498A, 504 read with 34 of IPC and later on, preferred an application seeking maintenance under section 125 of the Cr.P.C.

It was contended by the petition that the petition was not even maintainable and the family court has declined to consider these submissions, stating that the same would be taken note of after hearing the respondent wife and while considering the matter for grant of maintenance or otherwise. Reliance was placed upon section 125(4) Cr.P.C. which states that no wife shall be entitled to receive an allowance from her husband under this section if she is living in adultery, or, if, without any sufficient reason, she refuses to live with her husband, or if they are living separately by mutual consent.

The court relied on the averments made by the wife in her petition seeking maintenance and said “the respondent wife narrates about unbearable harassment and ill treatment from both by the husband and the mother-in-law has resulted in her going away from matrimonial house. This can by in stretch mean moving away of the wife by mutual consent, for the petitioner to contend that proceedings were not maintainable”.

After looking into the facts and arguments, the court stated that “The proviso to section 125 of Cr.P.C. provides discretion to court to order for interim maintenance during the pendency of proceedings and at this pre matured stage court feels it is not just to post the matter of examination, So far as the contention of the learned counsel is concerned the gratuity or non-gratuity interim maintenance is not at all decided yet. It will be decided only after giving opportunity of hearing to both sides. Further granting or non-granting of interim maintenance is not punishing any litigant. Prima facie at this juncture petition shows that the petitioner and respondent are not living together since two years and the petitioner is living in her maternal house. Hence, the application filed by the respondent under section 125 and 126 of CrPC is concerned it will be considered at the time of hearing on main petition. Hence, the application filed by the respondent is kept in abeyance as examination of the parties is not at all necessary for deciding interim application is maintenance.”

Following which the court said there were no grounds to interfere at the juncture, the petition stand dismissed.