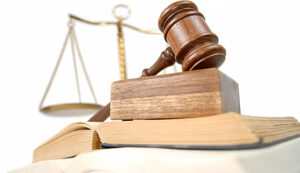 The petition filed under section 173 Motor Vehicles Acts, against the award and decree in MCOP No. 462 of 2014 on the file of the Motor Accidents Claims Tribunal. In the case of UNITED INDIA INSURANCE CO. LTD. v. 1. SARASWATHI, 2. NARAYANSWAMY, 3. T.RAMAMOORTHY, CMA No. 4649 OF 2017 the HIGH COURT OF JUDICATURE AT MADRAS has upheld the quantum of compensation as determined by the Tribunal. However, the 1st and 2nd respondents have every right to proceed against the 3rd respondent to recover the compensation granted by the Tribunal.

The facts of the case are MCOP No.462 of 2014 had been filed by the two claimants for the death of their son Chelladurai in a road accident that took place on 22.03.2013. It was stated that on that particular date at around 8.00 a.m., Chelladurai was traveling as a cleaner in a Tractor bearing registration No.TN-31-P-9927 belongs to the 1st respondent and insured with the 2nd respondent therein. The vehicle was driven by one Rajasekar. They were both working in Shanmugham cashew-nut groove. While driving the tractor, the driver Rajasekar suddenly applied brakes and as a result, Chelladurai was thrown out of the tractor and fell down in between the two wheels on the left side of the tractor, and was run over and died on the spot. It was claimed that the accident occurred due to the rash and negligent driving of the driver. The claimants/parents of Chelladurai filed the aforementioned claim petition seeking compensation under Section 166 of the Motor Vehicles Act, 1988.

The Tribunal, on consideration of the evidence presented, stated that as a fact the 1st respondent trailer had no valid insurance cover and that the sitting capacity was only one and that the deceased traveled in the trailer, which was a violation of a policy condition. It was held that the 1st respondent/owner had breached the policy condition. Thereafter, it was held that the insurer must pay the compensation and then take a decision to proceed against the owner. The tribunal then proceeded to determine the compensation and after including his monthly income, sum towards loss of love and affection, funeral expenses, transport charges and towards property loss, the total compensation granted was Rs. 7,80,000/-.

Questioning that aforesaid judgment, the 2nd respondent Insurance Company had preferred the present Civil Miscellaneous Appeal before this Court.

The Hon’ble Court after hearing from both sides and analyzing many similar cases and judgments laid down by the Supreme Court is of the opinion that the Tribunal was not right in directing the insurance company to pay the compensation and then recover the same from the owner of the offending vehicle. The appeal stands allowed. However, the 1 st and 2 nd respondents, have every right to proceed against the 3rd respondent to recover the compensation granted by the Tribunal.