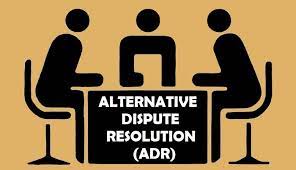 The objections filed by the Appellants under section 34 of the Arbitration Act are restored to the file of the Trial Court was upheld by the High Court Of Delhi through the learned bench led by HON’BLE MR. JUSTICE SANJEEV SACHDEVA in the case of LATE SH PRAMOD KUMAR JAIN PROPRIETOR OF M/S JAIN ENTERPRISES THR HIS LEGAL HEIRS  Vs NORTH DELHI MUNICIPAL CORPORATION & ANR (FAO 255/2015) on 10.03.2022.

Brief facts of the case are that between 17.11.2000 and 02.01.2001 three work orders were granted to late Sh. P.K.Jain, the husband of appellant No.1 and father of appellant Nos.2 to 4 with the stipulated period of completion being four months. Late Sh. P.K.Jain requested for handing over of the sites for execution of the work, however, prior to the work to being completed he expired. After his demise, his legal heirs i.e. the appellants carried on the work and concluded the work. Appellants sought release of the payments for the executed work. There were certain disputes between the parties with regard to the said works and the payments to be made to the appellants. Appellants invoked the arbitration. The arbitrator passed a ‘Nil’ award on 30.03.2012 holding the claims to be barred by time.

The Trial Court held that the award is vitiated, not for the reason that the award is barred by time but on the ground that there was no subsisting contract between the legal heirs and the Corporation which could have been enforced.

The Court observed that “the objections filed by the Appellants under section 34 of the Arbitration Act are restored to the file of the Trial Court. Since the award was rendered in the year 2012, the Trial Court is directed to expedite the proceedings and endeavor to conclude the same preferably within a period of six months from the first date fixed before the Trial Court.”

In view of facts and circumstances, court held that the Trial Court shall consider the objections under Section 34 of the Arbitration Act in accordance with law without being influenced by anything stated herein on merits.