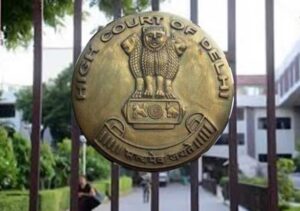 The Civil Writ Petition 18013 of 2004 in the case of Vijay Kumar & Ors. v. Union of India & Ors THE HIGH COURT OF DELHI has allowed the writ petition and directed the respondent to proceed in accordance with the directions framed by the court.

The petitioners who were engaged as contractual labourers with the Central Public Works Department have petitioned this Court to issue Writ of Mandamus directing the Respondents to give effect to the Ministry of Labour Notification No. SO 813 (E) dated 31.07.2002 and to grant the same pay scale to the Petitioners, which is being granted to the counterparts employees in the CPWD. In terms of provision made under section 10(2) of the Contract Labour Act 1970, the petitioner is seeking relief as they are absorbed in the respondent’s department due to abolition of the contract labor system un CPWD.

The judgment of the court rested on the decision of the Hon’ble Supreme Court in Air India Statutory Corp. v. United Labour Union, the court had framed a direction calling upon the respondents to first consider whether the engagement of contract labourers in respect of jobs and processes undertaken needs to be abolished in terms of the provisions made under the CLRA. It was further held that in case it be found that there exists no justification for continuing the engagement of contract labourers and an appropriate notification under Section 10 of the CLRA comes to be issued, the contract workers would be entitled to be absorbed in their respective departments and would also be entitled to claim benefits in terms of the judgment of the Supreme Court in Air India.

The Air India proceedings were ultimately positively dismissed by the Constitutional Bench of the Indian Steel Authority vs. National Union Waterfront Works proceedings. Although the ruling was overturned in Air India, the Supreme Court continued to exercise its potential overthrow. However, the main provisions here are made by a labor judge or court in favor of contract workers based on Air India’s dictation, and judgments or orders sentenced prior to the Steel Department’s judgment date will be resumed. , Examination, or not done. It has been fixed. It is undisputed that the decision passed between the parties was made here before the Constitutional Court ruled at the Steel Department.

A legal counsel on behalf of the ministry said that the notice in Article 10 was not specifically related to the decision of the Air India Supreme Court and therefore automatically finds the petitioner for the extension of profits provided therein. However, the court itself cannot follow this argument for the following reasons: In addition, the defendant’s knowledgeable attorney granted the court a written petition on May 26, 2000, but the Section 10 notice apparently announced the Steel Commission’s decision on August 30, 2001. After that, it claims that it was not published until July 31, 2002. In view of the above, it has been argued that the regularization or absorption objections cannot be supported.

Learned counsel lastly submitted that since the abolition remained at the elementary stage till the Union Government ultimately published the notification under Section 10, the petitioners would not be entitled to the protection extended in the Steel Authority case.

The court finds itself unable to countenance this submission since the right of the petitioners to seek absorption was made contingent by the judgment of this Court solely upon the issuance of the notification under Section 10. This Court in unambiguous terms provided that the petitioners would be absorbed with the CPWD once a notification under Section 10 of the CLRA comes to be issued. Thus, the court allowed the writ petition