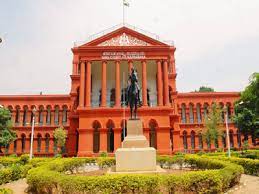 Criminal petition is filed under section 439 of C.R.P.C ( Special powers of high court or court of session regarding bail) for the enlargement on for the offence punishable under section 399 ( Making preparation to commit dacoity )and 402 of IPC ( Assembling for purpose of committing dacoity) by the petitioner. And the petition was allowed by the High court of Karnataka through the learned bench led by the Honorable MR. Justice H P Sandesh in the case of Srinivasa @ Seena vs state of Karnataka ( criminal appeal no. 428/2022) on 25th January 2022.

Brief facts of the case are that  the petitioner is arraigned as accused and it is the contention that on credible information received on 24th December 2021 at about 8.15 p.m., that some persons were preparing to commit dacoity near Bhoomisiddeshwara Temple, immediately the police secured the panchas and went to the spot and apprehended the petitioner and other accused and they were having aluminium hand stick, two sticks, two dragger and one chilly powder packet and case has been registered and matter is under investigation.

Arguments presented by the learned counsel appearing on behalf of the petitioner that the petitioner has been falsely implicated as accused No.5 and there are no any criminal antecedents against the petitioner and the only allegation is that they were making preparation to Commit dacoity and not committed any offence.

Arguments presented by the learned High court government pleader appearing on behalf of the respondent state that on credible information, the petitioner and other accused persons were apprehended and they were making an attempt to commit dacoity and they were making preparation and the matter is under investigation.

After hearing both the councils and looking into the contents of the case and taking note of the case as well as gravity of the offence that no offence was committed except making preparation to commit dacoity and there are no any criminal antecedents against the petitioner. Hence , the petition was allowed by the court on certain grounds such as: