Parties should be watchful in pursuing  their rights and remedies: High Court of Delhi

Appellant seeks enhancement of the awarded amount as compensation for injuries in an accident on 03.10.2006. Earlier she had been awarded with the compensation but has filed again on 02.07.2020 with a delay of 3329 days. And the appeal was dismissed by Delhi High Court through the learned bench led by the Honorable  MR. JUSTICE SANJEEV SACHDEVA in the case of Ritu Sharma vs. Union of India & ANR (CM APPL.30154-55/2021) on 25.02.2022.

Further it has been stated that appellant in the year 2015 went to Dubai and kept on asking her counsel about the status of her appeal and was always informed that the appeal was not listed and was pending.  It is contended that now after the death of the earlier counsel, appellant has got to know that her appeal was never filed.

And accordingly the subject appeal was prepared and filed then after on 02.07.2020 with a delay of 3329 days. Even if assuming the party had been misled by the counsel, a delay of over 9 years cannot be held to be a reasonable delay. Parties have also to be watchful in pursuing  their rights and remedies.

In the view of facts and circumstances , the court held that the explanation rendered in the application does not constitute a sufficient cause for not filing or pursuing an appeal for over nine years.

In that view of the matter, the application seeking condonation MAC.APP.252/2021 3 of delay is dismissed. Consequently, the appeal is also dismissed on the ground of being barred by limitation. Copy of the order be uploaded on the High Court website and be also forwarded to learned counsels through email by the Court Master.                                Click here to read the judgement 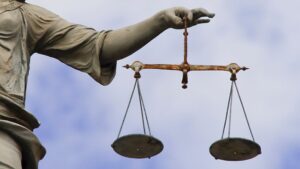