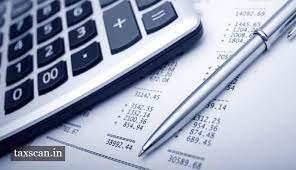 The victim’s compensation cannot be considered fair simply because the Tribunal has decided it. In many Supreme Court cases, the court stated that the settlement should be regarded as based on the income and expenditure analysis and balance the amount given. The High Court Of Gauhati held this through a single bench MR. JUSTICE PARTHIVJYOTI SAIKIA in ORIENTAL INSURANCE COMPANY LTD V. SAHAB ALI AND 5 ORS (Case No. : MACApp./459/2018).

Facts of the case – The deceased was struck by a tractor with the registration number As-19C-1926 on April 5, 2014, at 4 p.m. The death happened in an instant. The learned Tribunal was served with a claim application under Section 166 of the Motor Vehicles Act, demanding Rs.41,65,000/-. The opposing parties filed written declarations in response to the claim application, pleading common defenses.

The claimant cross-examined two witnesses, but the defendant failed to present evidence. The Tribunal ordered Rs.5,00,000/- compensation based on the facts presented. Mr. Dutta claims that after reviewing the case under Section 140 of the Motor Vehicle Act, 1988, the learned Tribunal awarded Rs.5,00,000/-. Mr. Dutta claims that under Section 140 of the Motor Vehicles Act, only compensation of Rs. 50,000/- may be issued.

The Learned Judge relies on Sarla Verma v. DTC; the Supreme Court has ruled that remuneration paid does not automatically become “fair compensation” just because the Tribunal thinks it is. In Davies V. Powell Duffryn Associated Collieries, the court laid down some principles. The Supreme Court held that the actual monetary loss of each individual entitled to suit might only be determined by balancing. On the one hand, the loss of future pecuniary gain and, on the other hand, any monetary benefit which comes to him from whatever source as a result of the death. The financial loss must be calculated by first finding the dead’s monthly income, subtracting it from the amount spent on the deceased, and then summing the loss to the deceased’s dependents. The yearly dependence calculated in this method must then be multiplied by a suitable factor.

The judgments will be uniform and consistent if these criteria are standardized. The necessity for clear proof will be reduced. It will also be simpler for insurance firms to resolve accident claims quickly. A motor accident claims tribunal’s decision to award compensation is not based on altruism. The tribunals must adhere to standardized processes for awarding compensation.

As a result, the Tribunal did not follow the customary procedure in awarding the claimant compensation. The compensation awarded by the Tribunal is based on the panel’s judgment which is prohibited by law. The Learned Judge has already said that awarding compensation in motor vehicle accident cases is not a question of charity, nor does the sum provided become “fair compensation” just because the Tribunal thinks it is. Hence in the eyes of the law, the challenged decision is invalid.