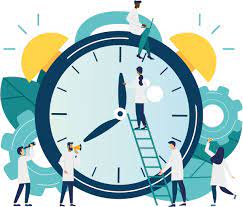 According to the fundamental rules, a tenured position is a permanent position. A tenure job is a permanent position that a government employee may only keep for a certain amount of time. The High Court Of Gauhati upheld this through a single learned bench MR. JUSTICE KALYAN RAI SURANA in DR. BISWAJIT SARMA V. THE STATE OF ASSAM AND 3 ORS (Case No. : WP(C)/1447/2021).

Facts of the case  – In summary, the petitioner contends that in March of 2013, Gauhati University published an advertisement for the position of Director, College Development Council. By order dated 11.06.2015, the petitioner was selected and appointed to the previous job based on his application, and he began working in the said post on 27.06.2015. The petitioner alleges he was given a permanent position. On the other hand, the petitioner was removed from service without being given a chance to be heard by the impugned resolution and order, which treated the petitioner’s appointment as a tenured position.

According to the learned standing counsel for respondent no. 1, the Higher Education Department has no role to play in this case. However, according to respondent no. 1’s affidavit-in-opposition, the petitioner was granted a one-year lien on the condition that he return to the parent department or resign from the post if he is permanently absorbed in the borrowing department, failing which his lien would be terminated. Accordingly, the petitioner’s lien to his original position of Assistant Professor was removed with a revocation.

The learned senior counsel for respondents nos. 2 to 4 has regarded the various affidavits filed by the said respondents. It was submitted that the hiring commercial clearly stated that the appointment was for five years and that the report of the screening council meeting was held on October 21, 2014. (As developed by the learned standing counsel for respondent nos. 2 to 4 in the subject of proceeding) made evident that the term of office has initially been for a 5-year tenancy.

The only question in this writ case is whether the petitioner was appointed as Director, College Development Council, Gauhati University, for a five-year tenured position.

In light of the above, the Court is compelled to declare that the petitioner has no legal or fundamental right to maintain the position for a period longer than that specified in the job announcement. The petitioner did not incur any disadvantage because the 5-year tenure was identified in the recruitment advertisement, nor can it be said that the terms of appointment were changed.