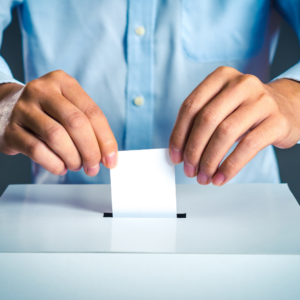 The writ petition has been filed to seek relief on two matters, that is to declare that the petitioners and other members elected in Manalaur Panchayat held on 16.02.2022 is the lawfully constituted Area Development Society (ADS) of Manalaur Gram Panchayat & to issue a writ of mandamus commanding the respondents to not interfere with the functioning of Area Development Society.

It was held by the judge that even if setting aside is important, it is necessary to provide a notice before. It was ruled that the District Collection Officer of Thrissur district shall conduct a hearing and pass orders on appeals by all the forty-seven members. It was subsequently held that the result of the election shall now depend on the orders of the hearing. Alongside, the election for CDS shall also be now, deferred.