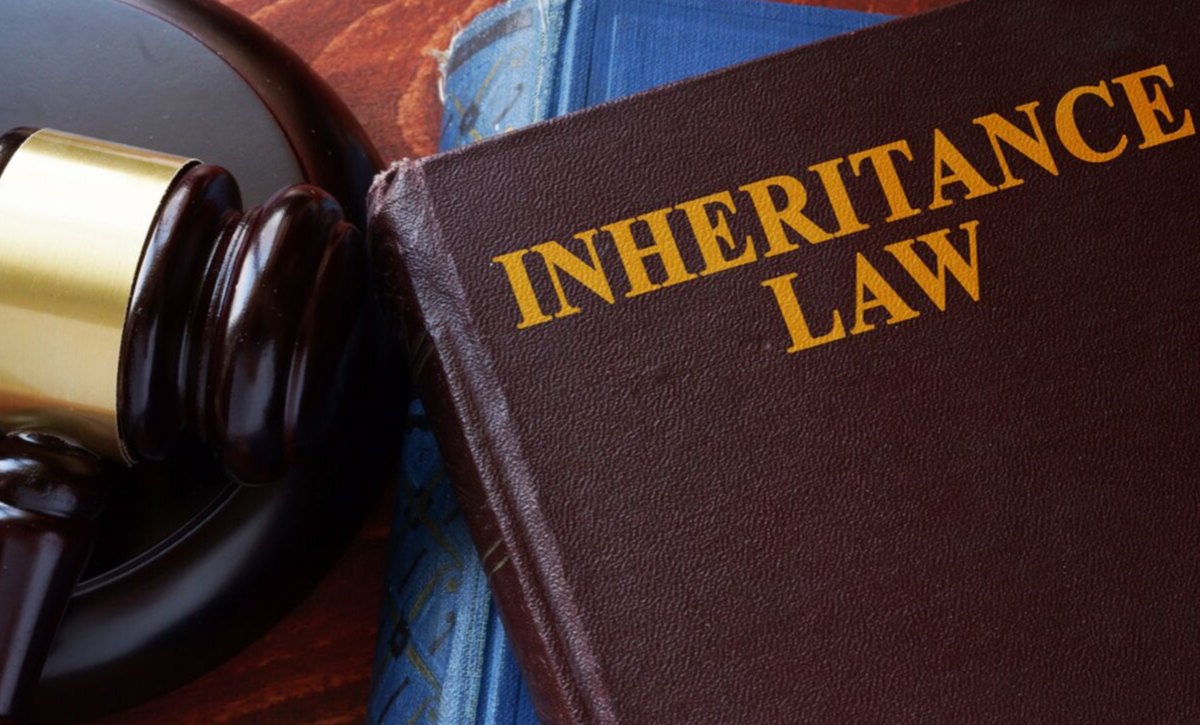 As the current era is recognized as the Constitutional Era of Equality. The courts continue to be cautious when examining the constitutional legitimacy of personal laws, and with the emergence of social integration, economic independence, and reform movements, a stronger push for the advancement of women’s rights in Indian society in terms of equal property rights is expected. Thus, a part of the study also includes information on the gender disparities in inheritance law and the changes implemented to address the issues.

The holistic approach to inheritance law covers title transfer (in the presence or absence of a will), succession and legal heir-ship certificate, taxation and other conditions, nominee rights, and the procedure to be followed in claiming the same. The present study is confined to explore the scope of the judiciary processes within the inheritance law and evolution with respect to scope of inheritance in network virtual property.

Property enmity has traditionally been the source of long-running disputes. Property succession has historically resulted in conflicts between relatives all across the world. After the period of kings ended, the modern world’s arena shifted to the courts. Though succession law is an important and integral aspect of the entire system of laws, it is also a fascinating yet difficult subject due to its complexities. One of the most important concepts in the evolution of family law is to offer protection to family members. In India, the law of inheritance has been so recently and extensively modified that no one needs to be concerned about dying intestate, that is, without leaving a valid will.

Inheritance refers to a person’s legal right to have a legal entity of origin or succession. Laws of Succession deal with the legal principles that govern the disposition of a deceased person’s assets. The study begins by outlining succession laws in India in a nutshell, including the differences between the two Hindu schools, Islamic inheritance rules, principles of succession, justification for succession laws, and the coparcenary system covering both agnates and cognates. It should be emphasized that the definition of an heir differs based on the person’s community and religious faith, which the paper attempts to illustrate.

Women account for half of the world’s population, work nearly two-thirds of the time, earn onetenth of global income, and own one-hundredth of the world’s property. The law on maintenance through inheritance which covers protection from desertion by husbands, property of a Hindu female dying intestate, and judicial developments in India will be explored in the following chapter on women’s right to property – recent trends.

While the law of succession has been settled as a result of successive Supreme Court and High Judicial opinions, the competing rights of the nominee and the legal heir have always been a source of contention. The following chapter, co-operative societies and inheritance, discusses how to claim one’s rightful share – succession and legal heirship certificate, transfer of ownership to a nominee upon a member’s death, and processing housing society inheritance, inheritance scope of network virtual property

With each passing day, the mortality toll from Covid rises, which, as unpleasant as it may be, unavoidably leads to an increase in succession and property-related disputes, creating difficulties of inheritance. The final chapter, Conclusion and Commentaries, contains the ideology and observations on the work, as well as suggestions and a path ahead to address the challenges faced in India. This section focuses mostly on the evolution of precedent and its impact, as well as how it could have been better or more preferable.

Succession Laws in India – In A Nutshell

Laws of Succession deal with the legal principles that govern the disposition of the assets of a deceased person. Corporate entities with permanent existence are exempted and are subject to different rules governing winding up, reorganization, and closure. The laws of succession are separated into two categories: primarily, where the deceased has left a legal and enforceable ‘Will,’ and next, wherein a deceased has departed without making such a ‘Will.’

In the Mitakshara school of inheritance, property is inherited by the successors (coparceners) naturally because they were born into the family, whereas in the Dayabhaga school of inheritance, property passes to the successors (coparceners) on the death of the father or holder of the property.[1] The Mitakshara was considered to be extremely discriminatory toward women, giving them the least rights to inherit property. Despite the fact that Dayabhaga was discriminatory, it allowed women more rights compared to Mitakshara and was hence regarded a liberal school. Traditional Hindu law did not regard females equivalent to males, and they were not granted the same status as men. The Hindu Women’s Rights to Property Act, 1937, was one of the first legislation to grant women the right to ancestral property. The Supreme Court judgement[2] upheld the 2005 amendment, effectively making women coparceners in the same way as men are, and thus removing the final barrier to women’s access to ancestral property.

Sharers and Residuaries are two types of heirs recognised by Muslim law. Sharers are those who are entitled to a portion of the deceased’s property, whereas residuaries would take over the portion of the property that remains after the sharers have taken theirs.[3] If the deceased left behind daughter/daughters and son/sons, the daughters cease to be sharers and instead become residuaries, with the remainder allocated so that each son receives twice as much as each daughter.

In Sunni law, the per capita distribution approach is often adopted. The inheritance left over by the ancestors is shared evenly among the heirs under this approach, therefore each person’s share is influenced by the number of heirs. On the other hand, Shia law recognizes per strip distribution method where the property is divided amongst heirs as per the strip to which they belong, thus determined by the section and the number of people who belong to it.

The situation in India has evolved dramatically, with women rising to positions of leadership in a variety of industries and thereby acquiring property in their own right. Section 16 of the Act establishes the order of succession of the Hindu female’s heirs and therefore should be read in conjunction with Section 15 of the Act, which establishes the basic norms of succession. The term “property” refers to both movable and immovable assets possessed and obtained by a Hindu woman by inheritance, partition, gift, or purchase.

The Law on Maintenance through inheritance

Recognizing the pivotal need for uniform, reliable, procedural fairness, and timeliness in the handling of maintenance cases, the Supreme Court recently issued rules on several areas of maintenance payment in matrimonial disputes (“Guidelines”).10 The Supreme Court’s Guidelines address, primarily the issue of overlapping jurisdiction for payment of maintenance under different enactments11; followed by payment of interim maintenance;  criteria for determining maintenance quantum; date from which maintenance is to be awarded; and the enforcement of maintenance orders[4].[5] Embracing India’s completely different demographic profile (which includes metropolises, urban, rural, and tribal areas, among other factors), the Court emphasized and acknowledged that the Affidavit of Disclosure to be filed by parties residing in urban areas would be entirely different from that filed by parties residing in rural or tribal areas. The Supreme Court’s issue of the aforementioned Guidelines and the formulation of the Affidavit of Disclosure will ensure that the entire process of granting maintenance to a spouse is implemented.

Section 15 of the Act lays out a consistent and effective succession scheme for a Hindu female who dies intestate. Section 15 of the Act fails to evaluate the equity of a Hindu female’s selfacquired property when she dies intestate since the legislators did not anticipate that Hindu females would have self-acquired property during the time the legislation was enacted.[6] The Section fails to distinguish between property inherited by a Hindu female and property obtained by her on her own. It generally states that if property is inherited from her husband or father-in-law, it will go to her husband’s heirs, and if property is inherited from her father or mother, it will go to her father’s heirs in the absence of her descendants.

In the absence of her in-laws, even if she has living siblings, the Hindu female’s entire self-acquired property would vest in the brothers and sisters of the pre-deceased spouse and not in the Hindu female’s family. If a Hindu woman dies intestate, leaving behind her self-acquired property, and her heirs in the first class (fathers’ siblings or in-laws) fail, her property will fall entirely to her husband’s heirs, who may or may not be connected at all, and are likely unaware of the existence of each other.

Even after 60 years of independence and a written constitution that guarantees the right to equality without discrimination on the grounds of sex or religion, the law with respect to the distribution of property by way of inheritance has not been clearly decided in India. Before the Hon’ble Supreme Court, the issue of a married women was raised wherein her husband died three months after they married, leaving her a widow. As a result, she was banished from her marital home directly following her husband’s death.[7] In the case of a Hindu married female dying intestate, as in the above case, if her husband predeceases her and there are no descendants, her property devolves on her husband’s heirs, i.e., paternal and maternal heirs do not inherit her property, but her spouse’s relatives inherit in the capacity as her husband’s heirs, regardless of what relationship they have with her husband.[8] Contemporary Indian society refuses to abandon ancient ideals and maintains ancient patterns of material asset ownership. The agrarian transition in India has been poor, inconsistent, and patriarchal.[9] It is far more important to adhere to the Constitution of India’s ideals of equality, fairness, and non-discrimination than to keep the outdated, irrational, arbitrary, and unequal personal laws that degrade women’s standing in India.

Owning property is a human right. India has the concept of legal heirs; the individual whose name appears in the deceased’s will who will lawfully inherit property. If will is absent, the legal heir to a deceased person’s property is determined by the relevant succession or property inheritance rules in India, which vary according to religious faith. The legal procedures for attaining title of a deceased person’s property differ according to the type of property, the rights to it, the number of legal heirs who can claim ownership, and other factors.[10]

A person’s property passes to his or her heirs when he or she dies. A person can pass away with or without a will. If he or she dies without leaving a will, the property is distributed among his or her heirs in accordance with inheritance or succession laws, thus, inheritance is one of the most important rules in both family and property law. This paper focused with inheritance law in general, including the nature and scope of inheritance, as well as how it is carried out. The paper while discussing about immovable property also finds the importance of discussing the inheritance scope of network virtual property due to its importance in the present era.

There is now no explicit provision in “inheritance law” regarding network virtual property, resulting in a lack of legislative guidance in court in such circumstances. As intellectual property rights evolve, it’s also critical to consider inheritance in the context of intellectual property. Inheritance is a topic with a lot of qualitative material, thus it needed to be thoroughly investigated in order to produce a paper.