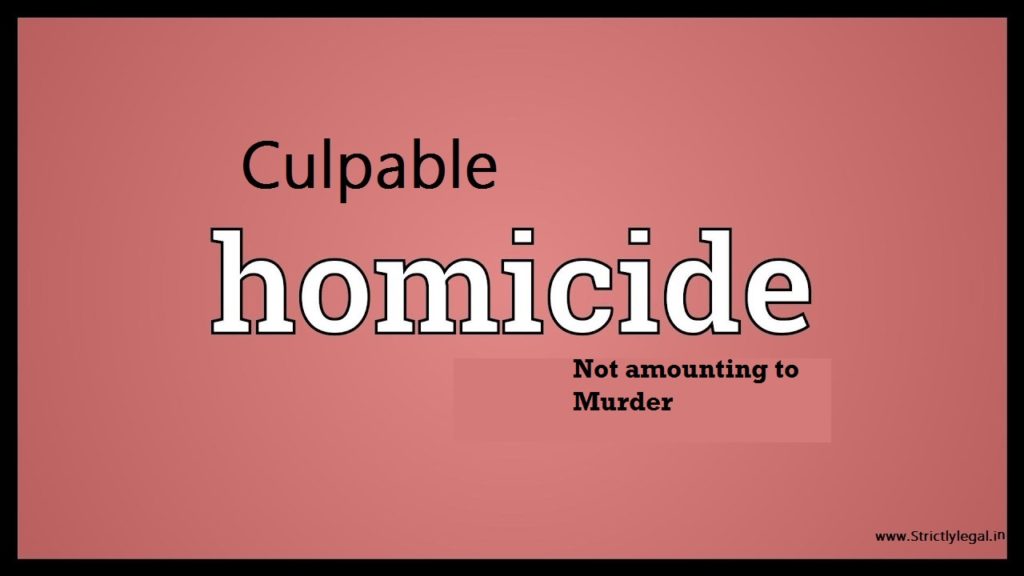 Culpable homicide is not considered murder if the offender causes the death of the person who delivered the provocation or any other person by mistake or accident while being deprived of the ability of self-control by grave and immediate provocation. The High Court Of Bombay upheld this through the learned bench held by SMT. SADHANA S. JADHAV & PRITHVIRAJ K. CHAVAN, JJ in the case of NANDU DADA SURVASE V. THE STATE OF MAHARASHTRA (Criminal Appeal No.1106 Of 2012).

Facts of the case – Narayan Salunkhe filed a police case in Pandharpur saying that his deceased daughter Shakuntala was married to the current appellant. The couple had two sons and a daughter who attended Ashram School. Due to hunger, Shakuntala and Nandu started staying in Anavali, Taluka Pandharpur, with their livestock four to five years before August 28, 2009. A sour note had occurred between the pair, and Shakuntala had moved home with her parents as a result. She was employed as a housemaid at the time. Rajabai, the deceased’s sister, raced home and told P.W.5 that when Shakuntala was waiting for a bus at approximately 8:00 a.m., her husband, the current appellant, accosted her, abused her, and assaulted her. They went to the bus stop, where they discovered Shakuntala had an incised cut on her neck and had died due to the injuries.

The appellant’s skilled counsel has argued before this Court that there is no rejection of the fact that the incident happened. She has pleaded with the Court to examine the facts surrounding the occurrence. The culprit, she claims, was driving down the road on his own. He was employed as a sugarcane cutter while working as an agricultural laborer. The dead had obstructed him, and she had made offensive statements about his honor. He attempted to proceed peacefully, but she moved to insult him in public, resulting in a grave and unexpected provocation, resulting in the stated occurrence. So, according to the learned counsel, the appellant’s offense does not come under section 302 of the IPC.

Without a doubt, there was a significant and abrupt provocation, but the accused should have used self-control simultaneously, according to the knowledgeable APP. The Learned APP has called the Judge’s attention to column no.17 of the post-mortem records, demonstrating that the dead had incurred as many as ten chop wounds. The esophagus and trachea were also seen cut due to the severity of the injuries. As a result, it is asked that the trial court’s decision will not be overturned.

After reviewing both the stances rules, the Learned Judge found that, Certainly, the assault resulted from a severe and unexpected provocation. Since the accused lacked self-control, he could not maintain constraint while committing the attack. It was not a planned attack. He was on his way to work and, as a result, had a sickle in his bag. The accused committed an offense that comes under Section 300, Exception 4.