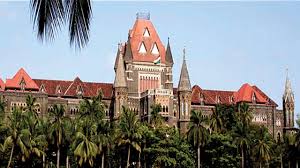 If the Bench decides during the hearing of a case that a larger panel should hear the case, it will recommend the case to the Chief Justice. The Chief Justice will then form a bigger Bench to deal with the issue. SUNIL B.SHUKRE AND ANIL S. KILOR JJ pronounced this Judgment, on 27.01.2022 in SHREE VINAYAK BUILDERS AND DEVELOPERS V. THE STATE OF MAHARASHTRA.

Facts of this case – The petitioner’s land measuring 6377.12 sq. Mts. comprises land bearing Khasra Nos. 282/2 and 270/1 out of total land measuring 21100 sq. Mts. is shown to be reserved for building a 24 meters wide DP Road in the Final Development Plan for the City of Nagpur. Respondent No. 3 told the petitioner in its letter in response to the acquisition mentioned above notice that the petitioner will be rewarded with Commensurate Transferable Development Rights (TDR). For that aim, the petitioner was instructed to file an application for TDR in the prescribed manner. Following that, the petitioner applied for TDR. The petitioner was then notified by respondent No. 3 via communication that the Commissioner of Nagpur Municipal Corporation had accepted its application for TDR against the land in issue.

Shri Palshikar, learned counsel for the petitioner, contends that the Commissioner’s permission for the issuance of TDR, in this case, cannot be construed as a step toward land acquisition. As a result, he contends that the respondent authorities’ failure to buy the land in question before the required term of two years from the date of delivery of the purchase notice under Section 127 of the Act of 1966 expires is sufficient to declare that the reservation has lapsed. The petitioner is free to develop the land in question according to the law.

According to Shri Sudhir Puranik, learned counsel for respondent No.3-Municipal Corporation, because the petitioner’s request for TDR via application was approved and accepted by the Commissioner, the petitioner’s subsequent withdrawal of such appeal would not give effect to the provisions of Section 127 of the Act of 1966 declaring the reservation as “lapsed” concerning the land in question.

The Learned Judge may clarify that what the counsels have indicated applies only if the acquiring authority does not decide to purchase the land using the third method in clause (c) in the first instance and instead uses the modes in clauses (a) or (b), where the agreement is the deciding factor.

After analyzing the facts, arguments of the counsels, and the precedent cases, the learned Judge believes that a larger bench will answer some of the issues and questions raised in this case rightfully. However, in the present case, acceptance of the application for TDR by the authority cannot be considered a step toward acquisition unless there is a concrete and irreversible step towards the acquisition, such as the surrender of the land physically or symbolically, or the acquisition authority/Planning Authority taking possession of the land within the statutory period of two years.

As a result, the Registry is ordered to present the files to the Hon’ble Chief Justice to consider the formation of a bigger Bench of this Court to address the referenced matters and issue appropriate orders.