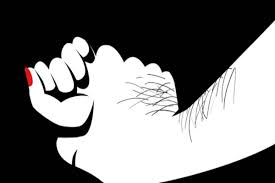 The issue whether law can recognise different varieties of cruelty based on religion regardless of the fact that personal laws fall within the purview of certain definitions for cruelty was discussed by a division bench of Kerala High Court consisting of Justice A Muhamed Mustaque and Justice Sophy Thomas in the matters between Mary Margaret v Jos P Thomas MAT. APPEAL. NO.-1119 of 2015 decided on 21.1.2022.

The facts of the case are that the couple were married in 1998 pursuant to Christian rites and ceremonies, and they had two daughters before her husband filed for divorce in 2009, before filing for divorce in 2015 by the family court.

The counsel for appellants contended that the couple’s daughters testified to support the allegations of atrocities made by the husband. In addition, a psychiatrist consulted by his wife stated that he suffered from impulse control disorder but had not completed the appellant’s treatment. The allegations made by the husband were unfounded and she was ill-treated by her husband and mother. It was this mistreatment that caused the mental stress she consulted with doctors.

The counsel for appellants contended that from the very beginning of the marriage, his wife exhibited behavioral disorders, often violent and abusive. He also argued that his wife is indifferent to children and has lived in his father’s house since 2005, ignoring his children. He alleged that although his wife was taken to various psychologists and psychiatrists, he had not cooperated or completed any treatment.

The Kerala High Court dismissed the wife’s appeal and held that The law cannot recognize different types of atrocities such as Hindu , Muslim, Christian or secular to justify a divorce decree. The fact that the Hindu Marriage Law and the Private Marriage Law refer to persecution without any driver or explanation or the fact that the Divorce Law and the Annulment of the Muslim Marriage Law gives an indication of the nature of the persecution of marriage that needs to be established cannot justify this fact. It is concluded that the nature of marital cruelty, which would entitle the spouses to divorce, is different under different personal laws only because different words are used in the relevant personal law statutes. Anything that will prevent the spouse from fully blooming and enjoying married life should fall under Section 10(1)(x) of Divorce Act. Cruelty is  not defined under section 13(1)(1a) of the Hindu Marriage Law and section 27(1) of the Special Marriage Act and cruelty described in P.2(viii) of the Muslim Dissolution of Marriage Divorce Act and S.10(1)(x) of the Divorce Act should be inspired by this understanding of marital cruelty. The cruelty can be physical and mental. Compared to mental cruelty, physical cruelty provides more direct evidence that it is perceptible. While mental cruelty can be inferred from the facts and circumstances of the case, physical cruelty can be inferred from the behavior of one spouse towards the other spouse that jeopardizes the physical health of the other spouse.What may be mental cruelty now, may not be mental cruelty after a while, and vice versa.