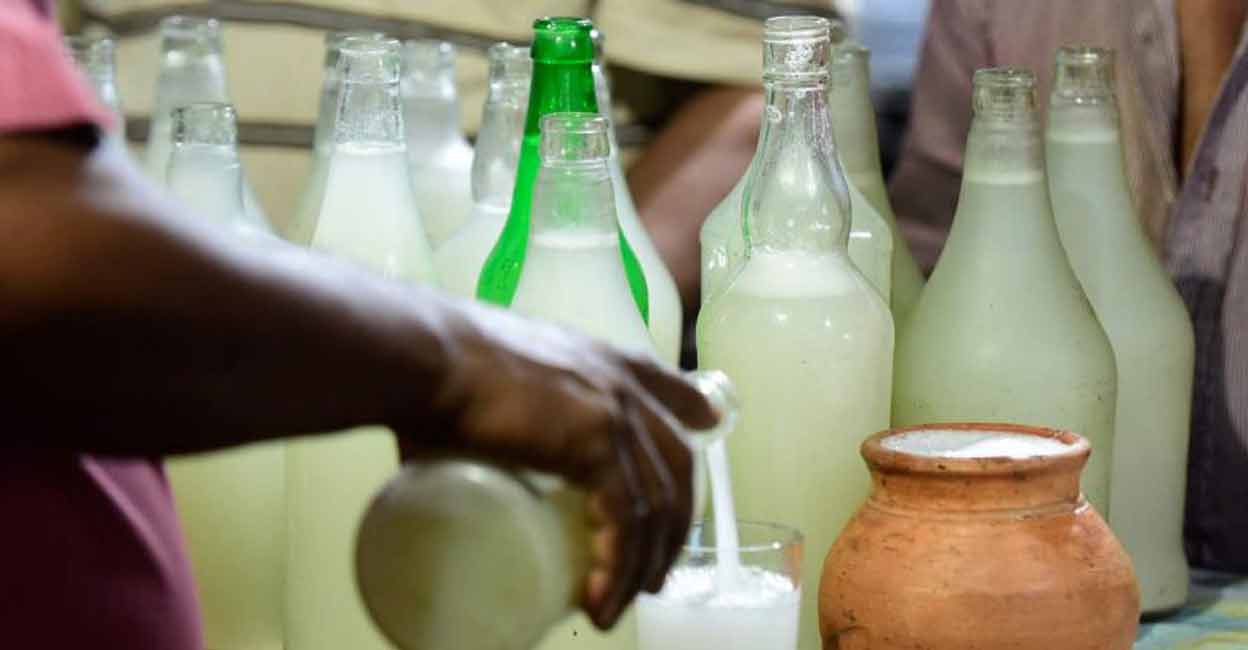 If no fermentation is found, the toddy is not harmful to anyone and is good for their health thus State Government to unban the Neera (unfermented juice of Palms) and fulfil their pledges to employ through Jeevika by training and sanctioning loan to facilitate many products made of Neera is upheld by the High Court of Patna through the learned bench led by HONOURABLE THE CHIEF JUSTICE and HONOURABLE MR. JUSTICE S. KUMAR in the case of Nathuni Mahto Vs. The State of Bihar (Civil Writ Jurisdiction Case No.238 of 2022)

Brief facts of the case are that petitioner has requested the issuance of a writ in the nature of mandamus directing and commanding the Respondent State Government to unban the Neera (unfermented juice of Palms) coming into force on March 18, 2017 Rules, 2017 as the Respondent Authorities have failed to fulfil their pledges to employ through Jeevika by training and sanctioning loan to facilitate many products made of Neera (unfermented juice of Palms) for the person who is already employed, i.e., engaged in tapping Neera traditionaly. The petitioner has urged that the State Government issue further instructions to the State Government to test the fermentation in toddy tapped from a Date tree in a government laboratory within 6 hours, and if no fermentation is found, the toddy is not harmful to anyone and is good for their health and direction to respondent authorities to dispose representation of petitioner with reasoned speaking order.

learned counsel for the petitioner states that the petitioner would be satisfied if a direction is issued to the authority concerned (respondent) the Excise Commissioner, Bihar, Patna, or any other statutory authority, to consider and decide the representation that the petitioner will be filing for redress of the grievance within a period of four weeks from today. According to learned counsel for the respondents, if the petitioner files such a representation, the authority concerned must consider and dispose of it promptly, ideally within four months of its filing, along with a copy of this order.

The petition was dismissed and since the court did not reach a decision on the merits, all issues are unresolved. When a petitioner seeks such remedies as are ordinarily available in law before the appropriate venue, the matter will be handled in conformity with the law and in a timely manner. The authority concerned shall consider and dispose of it expeditiously by a reasoned and speaking order, preferably within four months of the date of its filing, along with a copy of this order, and while considering such representation, natural justice principles shall be followed and the parties shall be afforded due opportunity of hearing.